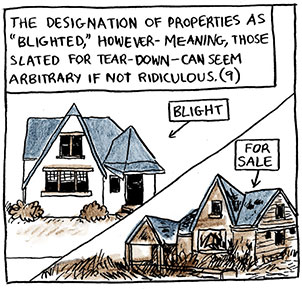 Pledge your support for ethical, insightful independent media: Make a tax-deductible donation to Truthout and choose the “recurring” option at checkout.

There’s no question that clean drinking water and shelter are two of the most basic needs for human survival. But as our investigative comics journalism series has shown, clean drinking water is by no means a given for Detroit residents. Neither, unfortunately, is safe and affordable housing.

The foreclosure crisis currently gripping Detroit hasn’t substantially lessened since it first made headlines a few years back. These days, despite talk of recovery, the city’s still-dwindling population faces a one-in-four chance that a home will be lost to property tax foreclosure. The high volume of foreclosures has helped Wayne County balance a long-struggling budget — and, since 2002, has seized more houses in a single county than JPMorgan Chase did, throughout the entire country, in the same time period. (See the Kurth, Wilkinson and Herberg investigation cited in the endnotes below.)

The United Community Housing Coalition (UCHC), which we visited last month to get a picture of the enormity of the foreclosure crisis, offers some reprieve, providing free services to help clarify a confusing process few understand. Although property tax foreclosures have affected families and individuals in myriad difficult ways, we’ve chosen three stories from our visit to UCHC to kick off our four-strip look at housing in Detroit.