Last weekend, We Charge Genocide and The Chicago Light Brigade hosted the first weekend-long training installment of The Radical Education Project. The idea behind the effort is simple: young activists should to be given the tools they need to be tactical educators in their communities. From screen printing to prop making and action planning, a blossoming movement requires the de-consolidation of skill sets. A group of activists of color here in Chicago have long had a vision for building a network that could aid in the proliferation of those skill sets in our communities, but until recent months, that vision had never found a full expression. Most of us who hoped to see it happen were steadily juggling organizing work for multiple organizations, trying to hold down our day jobs, and of course, attempting to hold onto that strange semblance of a personal life that organizers occasionally experience.

But in recent months, something changed. I found myself in the streets, week after week, marching alongside young people who were developing actions and building community, and who were eager to broaden their skills. The long discussed vision of a skill building network began to seem pragmatic in a very immediate way. Still, the thought of developing that infrastructure locally, on top of our other responsibilities, seemed a bit daunting.

There are week-long action camps around the country that activists can travel to for total immersion learning experiences, but admittance to such spaces is limited. Even if acceptance were a forgone conclusion, and a rare break like a travel stipend were in play, most of the young people I work with would not be able to walk away from their jobs, schools, and lives for a week to learn activist skills full time. As we found ourselves contemplating the difficulty of getting our people into the spaces where the training they wanted was happening, the answer became clear: it was time to create that space here. 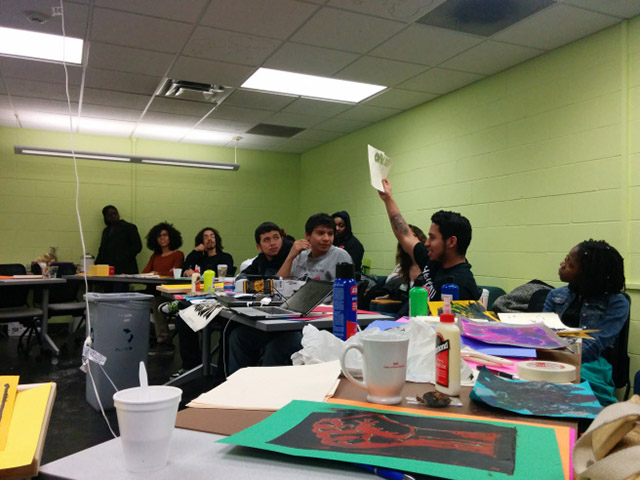 Since the average Chicago activist cannot fly off to parts unknown for a week to learn artful activist tactics, study nonviolent direct action planning, or pick up other specialty knowledge, we set out to begin our education network with three weekend-long workshops that will, in total, pack in more tactical education than a week-long event. All workshop participants will have the option of attending relevant skill building activities, in the weeks and months after their weekend long sessions, to sharpen their skills and build bonds between movements. As with most action camps, each weekend long training installment will be connected to an action or event in support of a local grassroots campaign. But unlike many skill building programs, this one will be firmly grounded in a transformative, abolitionist framework. 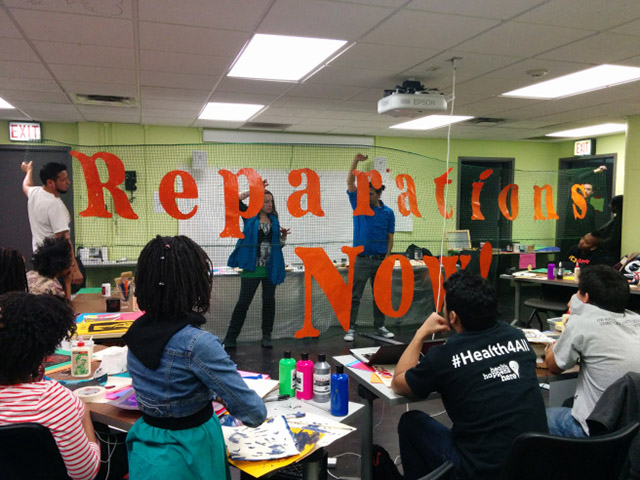 This weekend was the first installment of this new working model. Our friend Remy, an indigenous arts and resistance trainer with the Ruckus Society, flew in from Arizona to co-facilitate a weekend-long workshop on artful protest tactics. He teamed up with a local trainer to build a curriculum that built on local strengths and allowed learners to experiment with new tactics. Participants engaged in dialogues about their collective vision and practiced screen printing, block printing, banner making, and prop building techniques. They also explored the ways in which art manifests itself in the storytelling of movements. With over 20 participants, two full days of learning, and four meals to serve, the event was a massive undertaking. Fortunately, the community rallied around its success with donated time, materials, food, and funds. 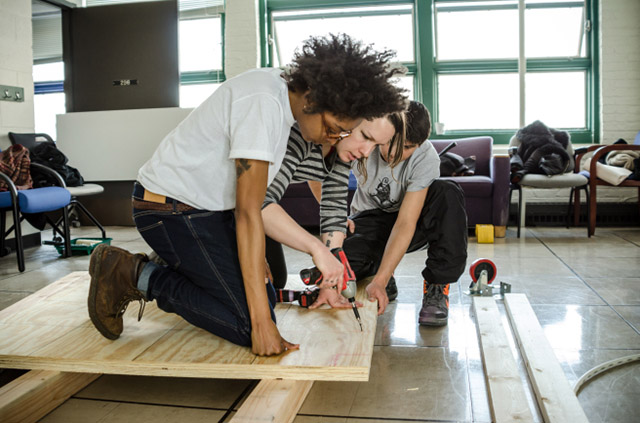 This workshop happened in the context of the current fight for reparations for Chicago Police torture survivors. A number of the organizers and attendees of the workshop have been involved in that fight, and everyone in attendance thought it right to center our artistic efforts around that struggle. In conversations about messaging, we discussed the need for reparations for those tortured and their families, as well as the need for radical change in the form of transformative justice. We agreed that attempting to heal the wounded and make them whole again wasn’t enough. To get at the root of injustice, we must challenge the conditions that allow it to occur. While the ordinance itself reflects those ideas, the singular message, “Reparations Now” does not. So, we opted to create a pair of messages, to better capture the spirit of what we were attempting to lift up. 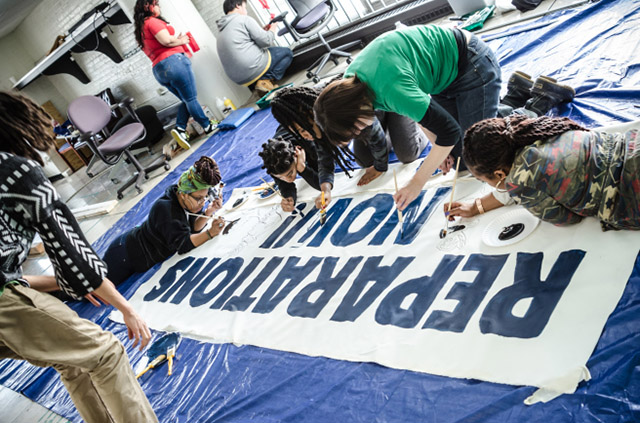 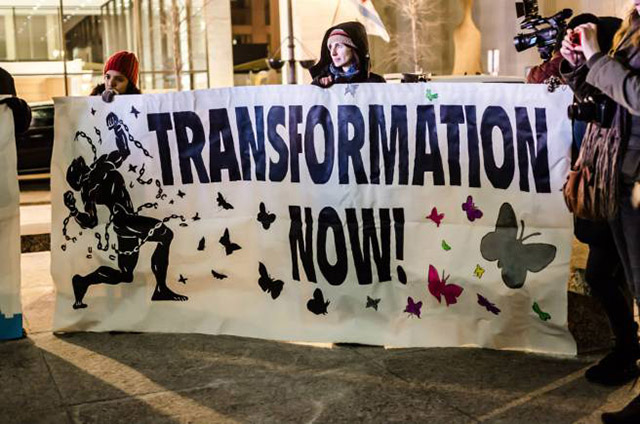 Monday night, workshop participants put some of their images in action at the event called “Reparations Not Black Sites: Rally for the Run Off.” The rally was an effort to challenge the city government’s complicity with police torture and violence by demanding passage of the reparations ordinance. While the event certainly intended to leverage the political uncertainty that Mayor Rahm is currently experiencing, those present also loudly called on his opponent, Chuy Garcia, to be accountable to those impacted by police violence. Workshop attendees were among the speakers and performers, and their words were both true and powerful.

At the close of the event, Page May, who was both an organizer and a learner at the weekend workshop, invited the large crowd present to form a circle. She then invited youth of color, detention survivors, and indigenous allies to come to the center of the circle. Those of us in the center held hands and faced the rest of the crowd, who held hands as they encircled us. We chanted Assata’s words to one another: 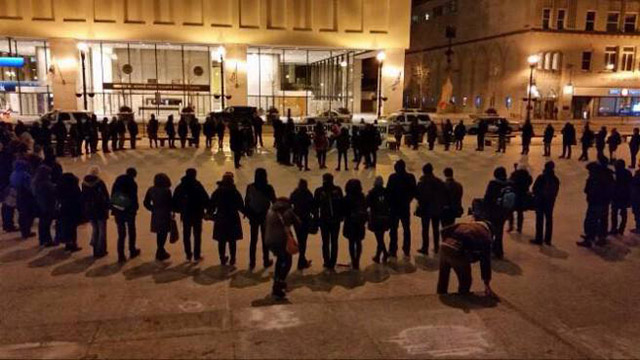 On a freezing Monday night, in the dead of a Chicago winter, we stood together, with clasped hands and raised voices, and in that moment, I didn’t simply believe that we would win – I knew that we would.

Reparations will come. Networks will grow. Communities will share their skills and deepen their connections. What we’re building is happening, not simply because its time has come, but because we have one another.

The next weekend-long Radical Education workshop will be held in April and will focus on direct action tactics, planning, and strategy.