Last week’s Census release of data on income, poverty, and health insurance demonstrated two things: There are policies that work for people who are struggling, and there is still a lot of work left to do — especially for people of color in America.

It is encouraging that the people who saw the worst losses in the years since the Great Recession — specifically African Americans and Hispanics — saw the biggest earnings gains for the second consecutive year. Real median incomes increased 5.7 percent to $39,490 among African Americans and 4.3 percent to $47,675 among Hispanics. But the racial income gap is still stark — the median income among non-Hispanic whites stands at $65,041. 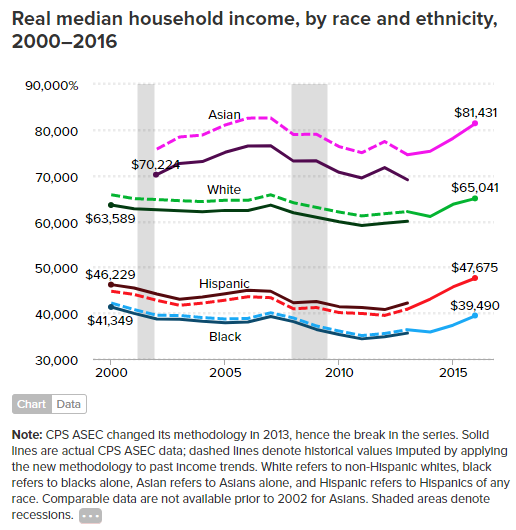 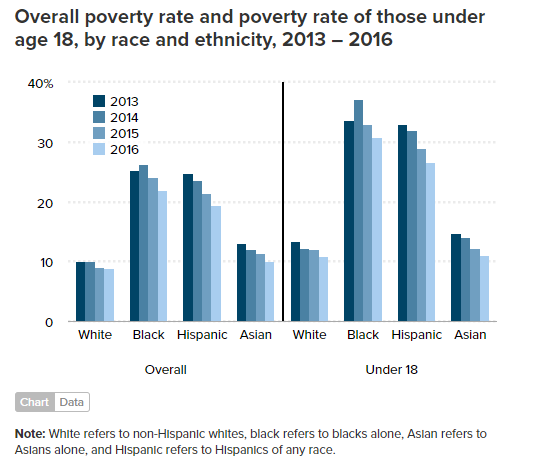 While the Census releases new data every September, it is notable that the solutions remain the same every year: People need investments in quality training and good jobs in their communities; they need a safety net that protects our basic living standards for food, housing, health care, retirement (Social Security); they need access to good schools and higher education; they need child care that doesn’t cost more than a year of college tuition; and they need a minimum wage that isn’t a poverty wage.

Many of the key policies that helped people in poverty achieve some gains are at stake in upcoming congressional debates on the budget. Conservatives will continue to go after the investments that cut poverty in half year-in and year-out, such as Medicaid and affordable health care. They will call for tax cuts for the wealthiest Americans, even though the wealthiest 5 percent already captured 22.5 percent of all income last year. Nowhere on the agenda is there discussion of a just minimum wage and a real jobs plan that would target those who continue to struggle at the economic margins — disproportionately people of color — doing low-wage or unpaid work.

Recent gains need to be protected in the current political environment, but we also need to stay focused on a vision of how every man, woman, and child has the opportunity to fully participate in our economy and thrive.

Janelle Jones is a research assistant at the Center for Economic and Policy Research in Washington, DC.

More by this author…
Valerie Wilson

Valerie Wilson is director of the Economic Policy Institute’s Program on Race, Ethnicity, and the Economy, a nationally recognized source for expert reports and policy analyses on the economic condition of the US’s people of color.