“The nineteenth century lynch mob cuts off ears, toes and fingers, strips off flesh and distributes portions of the body as souvenirs among the crowd.” -Ida B. Wells

Lennon Lacy did not hang himself; he was lynched! He did not commit suicide; he was murdered! Capturing the correct language is so critical in this case, which is probably why mainstream media has refused to cover it. The correct language reflects a history America would rather not share, while “lynching” is a word most Black folk would rather forget. The harsh reality is that Lennon Lacy, a 17-year-old Black kid from North Carolina, was lynched just two months ago.

What Happened Down There?

It was on Friday, August 29th 2014 that 17-year-old high school student Lennon Lee Lacy was found hanging from a wooden swing set in Bladenboro, NC. His lifeless body was left dangling in thin air on a makeshift rope. His neck was visibly marked with dark abrasions from asphyxiation. A belt buckle imprint was found just below his right ear. There were lacerations on his face, arms and chest; bruises on his chin, cheeks and nose; a series of unexplained scratches on Lennon’s scrotum; and an enlarged knot on the right side of his forehead.

The black Air Jordans Lacy was originally wearing were removed and replaced with a pair of sneakers no member of his family was able to recognize. Though Lennon’s feet were a size 12, the white sneakers placed on Lennon’s feet at the his time of death were a size ten and a half. Lennon’s mortician, F.W. Newton described his body as if Lennon Lacy “had been killed in a bar room fight.”

As if Lacy’s lynching was not enough, just a few days after Lennon was laid to rest, someone (or some group) dug a small hole on top of his grave. They also destroyed the floral arrangement that friends and family had placed at his burial marker, tossing the arrangement alongside the road 40 ft away. While local authorities are suggesting suicide, the Black community is calling the Lacy case for what it is: a 2014 lynching.

Every Reason to Live 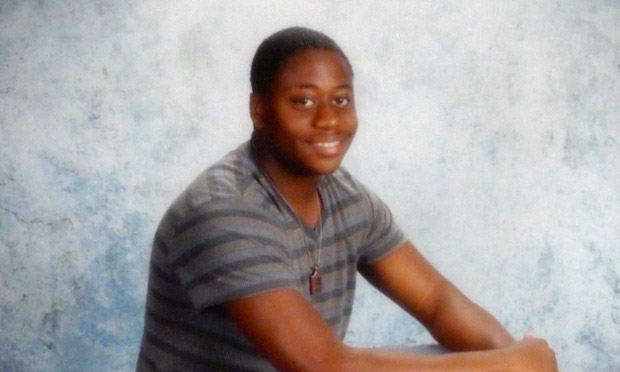 On the evening of Lennon Lacy’s disappearance, his father, Larry Walton, was the last family member to see him alive. According to Walton, his son Lennon had every reason to live. His high school football team was scheduled to play their first game of the season later that evening. Lennon’s dream was to play in the NFL. He was a linebacker whose size, skill and work ethic basically guaranteed him a scholarship to college. His performance in the classroom was equally stellar.

Local residents have spoken highly of Lennon’s character, manners and overall demeanor. Lennon was also active in his church youth group, had no criminal record, and no history of mental illness. His only “harm to society” was dating a white woman who lived nearby. Local residents were well aware of Lacy and 31 year old, Michelle Brimhall’s “intimate interactions,” which of course garnered a heaping of local gossip and disdain. Though North Carolina’s legal age of consent is 16, some things have not changed down south: the general attitude toward Black men dating white women just happens to be one of them.

Jim Crow and the Southern Confederacy 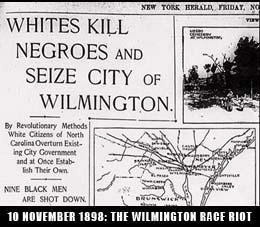 Bladenboro, NC is a small town of 1,746 residents located just outside of Wilmington, NC. Nicknamed “Crackertown” by local Black residents, Bladenboro is 80% white and well known for its ingrained racism within the social order. For those unfamiliar, Wilmington (NC) is home of the 1898 Race Massacre, a two day armed attack on Wilmington’s Black middle class by white terror mobs. What that moment literally created was Jim Crow Segregation – an oppressive and bloody end to Reconstruction and post slavery progress. Wilmington was also the site of the 1971 frame up of The Wilmington 10 (who were finally pardoned by NC Governor, Beverly Perdue in 2013). Such history and close proximity means everything.

This history contributes to the political and social climate of the community. White supremacy was, at one time, the law in North Carolina. Many would argue it still is. Keep in mind that between 1882 and 1968 there were 86 Black folk lynched in this state – and those are just the lynchings we know of. Ironically, neighbors of the Lacy Family had just recently been made to remove a sign in their front yard that read “Niggers Keep Out.”

Stating that local authorities have failed to conduct a thorough investigation in this case is an understatement. It has been reported that Lacy’s fingernails were not properly swabbed for DNA testing. His hands, body hair and mouth were not examined either. Due to the presumption of suicide, Lennon’s neighbors, friends and ex-girlfriend, Michelle Brimhall have not been questioned.

It is obvious the Bladenboro Police Department have not taken this matter seriously. A 200lb teenager was found hanging from a swing set in the middle of a trailer park and no one knows anything? Personally, I wouldn’t be surprised if the local police department was partly involved. It was not long ago that police officers, sheriff departments and the Ku Klux Klan worked hand in hand to enforce white supremacy, particularly throughout the south.

If you are learning of this case for the first time, please tweet, Instagram and Facebook it. Dig deep and research the history. Tell your friends around the world how a 17 year old Black boy was lynched in North Carolina on August 29th. Tell the world how America is still racist and lackadaisical in the pursuit of justice for all. Tell the world how democracy does not really exist here. In the case of Lennon Lacy, all I ask is that we tell the truth. Lennon Lee Lacy did not hang himself; he was lynched. He did not commit suicide; he was murdered.

“Our country’s national crime is lynching. It represents the cool, calculating deliberation of intelligent people who openly avow that there is an “unwritten law” that justifies them in putting human beings to death without complaint under oath, without trial by jury, without opportunity to make defense, and without right of appeal.” – Ida B. Wells

Share
Copyright, Truthout. May not be reprinted without permission.
Lamont Lilly