The Environmental Protection Agency’s draft national assessment on fracking’s potential to pollute drinking water is still under review. If it is to reflect science over policy, some dramatic changes to the wording of the study’s conclusions are needed, EPA’s review panel was told during a public comment teleconference on Thursday.

Back in 2010, when Congress first tasked EPA with investigating the risks that hydraulic fracturing poses to American drinking water supplies, relatively little was known about the scale and significance of the onshore drilling rush’s environmental impacts.

Over the past half decade, the pace of scientific research into fracking has accelerated dramatically. In 2009, only a handful of peer-reviewed studies (the gold standard for scientific research) on the environmental risks of shale and tight gas extraction were published; by contrast, over 150 studies were published in 2014, according to a review of the literature by Physicians, Scientists and Engineers for Health Energy.

That scientific evidence has overwhelmingly found that shale and tight gas extraction has the potential to harm – and has harmed – air, water and people’s health, that group wrote in an analysis released this year.

For politicians seeking to keep federal regulations for the industry at bay and for those backing an “all of the above” energy strategy, the growing evidence of a broad range of hazards related to fracking is bad news. In Pennsylvania alone, state regulators have documented hundreds of cases of water contamination, making it more challenging for supporters to argue that the industry is well-policed and operating safely.

But the final word on all of this research, as far as many federal policy-makers are concerned, will likely be the EPA’s take on fracking’s risks.

When the draft assessment was released, the door should have been closed on a favorite industry talking point – the (oft-debunked) claim that there has never been a documented case where fracking contaminated underground drinking water supplies. The EPA’s draft assessment reported multiple documented instances where that precise problem occurred.

But a single phrase from the study’s executive summary – saying that the EPA “did not find evidence that these mechanisms have led to widespread, systemic impacts on drinking water resources in the United States” – managed to leave a door open. That phrase continues to be quoted in headlines and media coverage about the report.

And policy makers, state regualors and industry supporters immediately beganto cite that draft summary. Florida Senator Garrett Richter said “Fracking can be accomplished without any material harm to our water supply,” recently while defending a bill he proposed that would overturn exisisting fracking bans in Florida.

A look back at history suggests reasons to be wary of the differences between EPA’s highlighted summaries – often heavily edited at high levels within the agency – and the details buried in the fine print of their reports, authored by agency scientists. Again and again, EPA studies on the oil and gas industry’s environmental impacts have been used to justify a hands-off approach to the drilling industry.

“More than a quarter-century of efforts by some lawmakers and regulators to force the federal government to police the industry better have been thwarted, as E.P.A. studies have been repeatedly narrowed in scope and important findings have been removed,” the New York Times reported in 2011, part of an investigative series that found that EPA’s new fracking study had already suffered from repeated cuts to research plans.

“It was like the science didn’t matter,” Carla Greathouse, the author of a 1987 EPA study into the oil industry’s toxic wastes – used to justify an exception for drillers from hazardous waste handling laws – had told The Times. “The industry was going to get what it wanted, and we were not supposed to stand in the way.”

Concern that history may be repeating itself may help explain why the summary’s focus on evidence of “widespread, systemic impacts” from fracking, seems to have struck a nerve, sparking an outpouring of indignation from close observers, and unusually frank questioning by the EPA’s own scientific reviewers.

During a teleconference lasting over four hours on Dec. 3, the EPA’s Scientific Advisory Board (SAB), charged with overseeing the agency’s fracking report, was inundated with comments challenging that finding.

Over 280 comments were submitted to the board and three dozen people requested an opportunity to make 3 minutes comments during the EPA’s public teleconference.

Lena Moffit, a representative for the Sierra Club opened the public comments by expressing her shock at the EPA’s oft-quoted conclusion that the assessment failed to find evidence of widespread, systemic impacts on drinking water resources. Despite the report’s shortcomings, she said the report does not supports that conclusion, a complaint echoed by most of the speakers who called in. 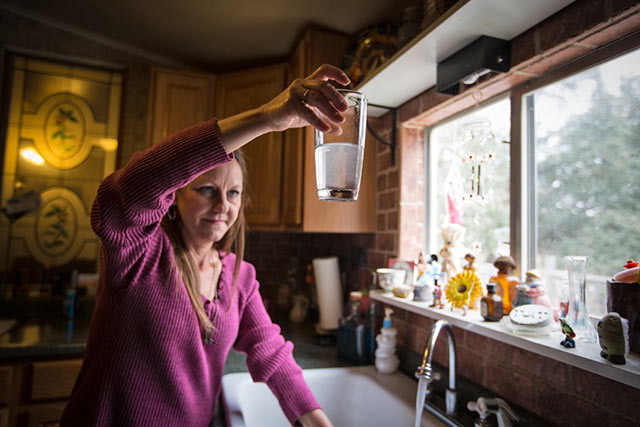 Shelly Perdue holds up a glass of contaminated water in Parker County, Texas. Her home is across the street from an Range Recources fracking site. (Photo: ©Julie Dermansky)

Sharon Wilson, Earthworks’ Gulf Regional Organizer asked the board to add a formal remark on major data gaps in the report due to “industry obstruction, interference, and attempts to silence people who live with the pollution EPA intended to study.” 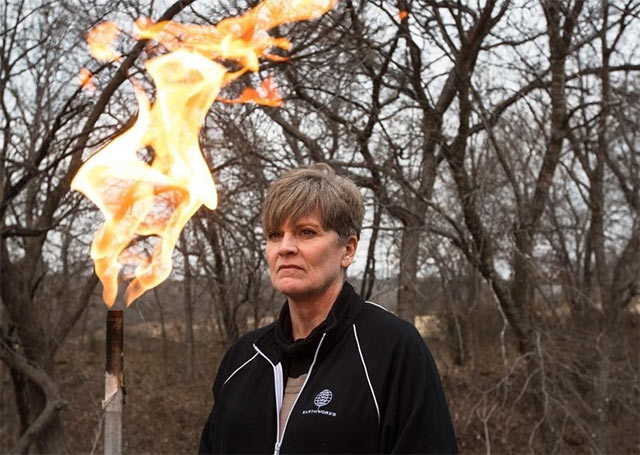 Andrew Chichura, a resident of Susquehanna County, PA, expressed his support for the oil and gas industry before sharing his family’s own experience with contaminated water. Even though the Pennsylvania Department of Environmental Protection confirmed that the Chichuras had methane in their water in 2011 and made the determination that Cabot Oil and Gas, a drilling company, was responsible for the family’s water well’s contamination, the family has still not resolved its dispute with the company in a satisfactory manner. Mr. Chichura’s time expired before he could finish describing his family’s plight, but the anguish the situation has caused him was evident. 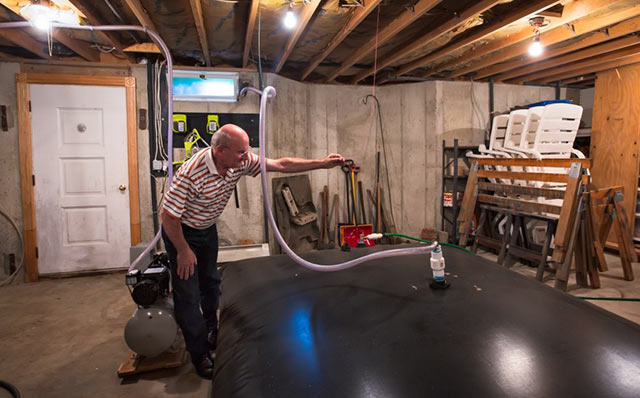 Andrew Chichura with a water bladder in his basement supplied by Cabot Oil. (Photo: ©2015 Julie Dermansky)

Scott Seagle, an attorney with Bracewell Giuliani who represents natural gas producers, was the only caller that agreed with the EPA’s statement that there is no widespread evidence of drinking water contamination. He repeated the claim that no cases of contamination had been proven and urged the board not to be swayed by “anecdotal” information.

Property owners whose wells are contaminated made clear their conclusions that fracking was to blame were based on the findings of scientific research, not guesswork. They asked the SAB to compel the EPA to include findings from preliminary tests the agency conducted that determined water contamination in Parker County, TX, Dimock, PA and Pavillion, WY was likely caused by the fracking industry. Leaving out data from those areas creates data gaps in the report, they said.

The EPA’s own scientific review board has also begun challenging the notion that their research shows fracking poses only marginal threats.

“Of particular concern is the statement of no widespread, systemic impacts on drinking-water resources,” the SAB wrote in a preliminary report. “Neither the system of interest nor the definitions of widespread, systemic or impact are clear and it is not clear how this statement reflects the uncertainties and data limitations described in the Report’s chapters.”

The EPA’s draft assessment contains case after case where fracking caused contamination – and even evidence, buried in the study’s fine print, that the industry has at times deliberately injected fracking chemicals into drinking water supplies.

For some who have closely followed the issue for years, the question is no longer whether there is enough evidence that fracking is causing problems, but simply a question of political will to hold a powerful industry accountable.

“The truth on whether or not fracking is inherently contaminating is not being debated here. We know that that is the case,” Josh Fox, director of Gasland, said during his comments. “What is in question is whether the EPA will have any creditability as an organization if the EPA and the SAB caves to industry and political pressure.” 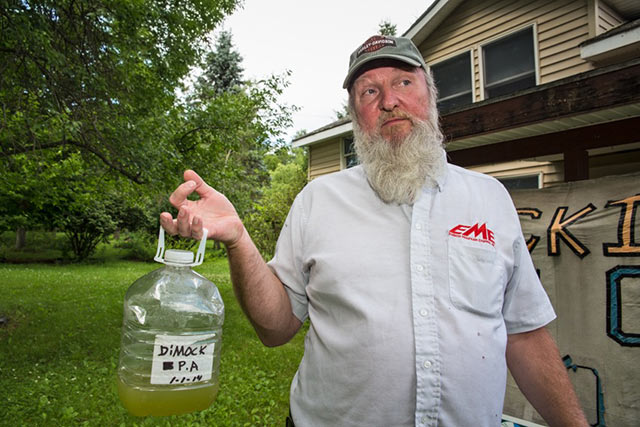