© 2022 Truthout
News
The Secret, Corporate-Funded Plan to Teach Children That Climate Change is a Hoax

Internal documents acquired by ThinkProgress Green reveal that the Heartland Institute, a right-wing think tank funded by the Koch brothers, Microsoft, and other top corporations, is planning to develop a “global warming curriculum” for elementary schoolchildren that presents climate science as “a major scientific controversy.” This effort, at a cost of $100,000 a year, will be developed by Dr. David E. Wojick, a coal-industry consultant. 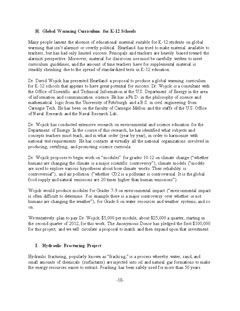 “Principals and teachers are heavily biased toward the alarmist perspective,” Heartland’s confidential 2012 fundraising document bemoans. The group believes that Wojick’s project has “potential for great success,” because he has “contacts at virtually all the national organizations involved in producing, certifying, and promoting scientific curricula.” The document explains that Wojick will produce “modules” that promote the conspiratorial claim that climate change is “controversial”:

Dr. Wojick proposes to begin work on “modules” for grades 10-12 on climate change (“whether humans are changing the climate is a major scientific controversy“), climate models (“models are used to explore various hypotheses about how climate works. Their reliability is controversial”), and air pollution (“whether CO2 is a pollutant is controversial. It is the global food supply and natural emissions are 20 times higher than human emissions”).

Wojick would produce modules for Grades 7-9 on environmental impact (“environmental impact is often difficult to determine. For example there is a major controversy over whether or not humans are changing the weather“), for Grade 6 on water resources and weather systems, and so on.

Wojick will receive $5,000 per module, with twenty modules produced a year. Wojick, who manages the Climate Change Debate listserv, is not a climate scientist. His doctorate is in epistomology.

James M. Taylor, a senior fellow at the Heartland Institute, told ThinkProgress Green in an e-mail why the group is developing its denier curriculum:

We are concerned that schools are teaching climate change issues in a manner that is not consistent with sound science and that is designed to lead students to the erroneous belief that humans are causing a global warming crisis. We hope that our efforts will restore sound science to climate change education and discourage the political propaganda that too often passes as “education”.

Right-wing ideologues, fueled by the fossil fuel industry, have been increasing their efforts to pollute science education in elementary schools. These attempts to hijack children’s education piggyback on the religious right’s war on biology education and the science of evolution. The National Center for Science Education, which has long led the defense of evolution education in elementary schools, has begun a new program to fight global warming denial in textbooks and classrooms.