One month into 2015 we are reminded of the quote from author Zora Neale Hurston, “If you are silent about your pain, they’ll kill you and say you enjoyed it.” As people who are both immigrant and Lesbian, Gay, Bisexual, Trans, or Queer (LGBTQ), we are excluded and told we deserve it.

But in Denver this past weekend, we broke that silence and asked the president to open the doors that have been closed to us. Not only because he is “evolving” on LGBTQ issues – most recently being the first president to ever spell out that acronym in a speech – but because the choice between inclusion and exclusion is an arbitrary line in the policy sand for officials and a matter of life and death for us.

Each loss adds another name to become a rallying cry, more tears staining our cheeks, and more calls for investigation and justice in cases like that of Jessie Hernandez.

The trans and queer community is filled with identities that make us beautiful outliers. But that nonconformity comes with a price. We may not be accepted in our homes. We may be unable to find stable employment. And we may become the target of a violence that takes on many forms. It is clearest in the murders that have marked the calendar this year or the bashing displayed in the viral Hozier music video, but it can also be more insidious. Frequently, it can be state sanctioned.

When the government creates a protected class of people, it is not just granting those people rights or benefits, but also actively denying them to those literally left out of the protection. That is exactly what happened when the White House finally responded to community efforts and expanded the deferred action program that offers relief from deportation and authorization to work. By restricting the policy to biological or legally recognized parents of US citizen or permanent resident children, the president disproportionately excluded LGBTQ immigrants.

Some of us are biological parents and many undocumented LGBTQ people are nonbiological parents who are lovingly raising children every day, but face barriers to making that relationship legally recognized. Many others of us have been forced away from our families of origin, and our chosen ties are all we have. Lesbian, Gay, Bi, Trans, and Queer families come in all shapes and sizes. And our families belong together regardless of whether we’ve procreated. 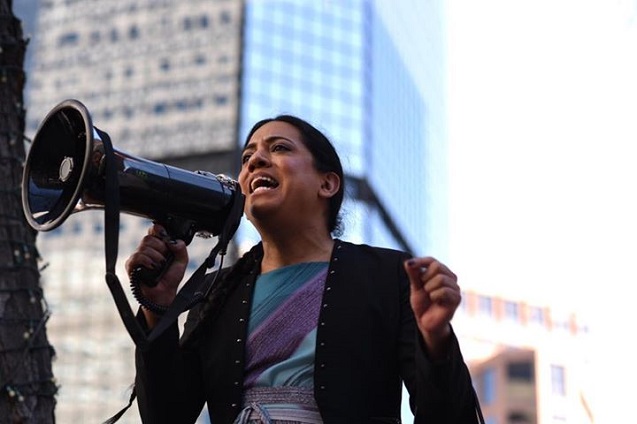 When protection and relief are granted based on such narrow criteria, not only does the president stay in “the business of separating families,” but he disproportionately leaves LGBTQ immigrants exposed to violence.

While most attention regarding his executive order has gone to the Republicans who are up in exaggerated arms, there are actually concrete steps the president and the Department of Homeland Security can take to improve the program and prevent the harm that exclusion will cause.

The question is not whether President Obama was in his right to use his executive authority. On that, both the Constitution and history are clear. The question is whether his evolution on LGBTQ issues applies to the few or the many. And whether, when faced with our rejection of exclusion, he will open the door, or say that we deserve it.

Share
Copyright, Truthout. May not be reprinted without permission.
Jorge Gutierrez

Jorge Gutierrez is the undocumented director of FAMILIA, a national LGBTQ immigrant organization.

Isa Noyola is a program manager at Transgender Law Center and a national advocate for El/La Para TransLatinas.

Jorge Gutierrez is the undocumented director of FAMILIA, a national LGBTQ immigrant organization.

Isa Noyola is a program manager at Transgender Law Center and a national advocate for El/La Para TransLatinas.