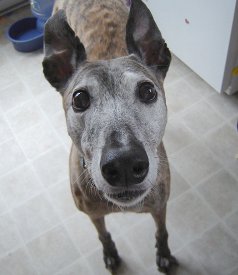 It is all too tempting to dismiss the far-right Teabagger legions and their idiot media allies as nothing more than a band of brain-addled yahoos who regularly make solar flare-sized fools of themselves in ways undreamed of by the Founders. I’ve mocked them a time or three myself; it’s almost impossible not to. When a Tea Party web forum goes into paroxysms of fear and loathing about an Obama-led fascist takeover of America because they read a 2007 satirical article from the Onion and thought it was real, all you can do is put your head in your hands and thank God for showing us His sublime sense of humor.

Then, of course, there is the ridiculous Breitbart/Fox News farce regarding former USDA employee Shirley Sherrod and her alleged black-on-white reverse racism. Unless you’ve been living in a cave for the last few days, you probably know the story already, but just in case: after the NAACP (correctly) accused the Tea Party of being a fundamentally racist organization, a right-wing fraud of a blogger named Andrew Breitbart heavily edited a video of Sherrod to make it look like she was admitting to having deliberately screwed a white farmer because he was white. The full video shows Sherrod going on to say that she did in fact help that farmer, that she learned from the experience and grew from it, and that she and the farmer became great friends. The video still cost Sherrod her USDA job, at least for now, because Fox News took the Breitbart video and ran it across the sky with enough volume to cause Agriculture Secretary Tom Vilsack to go into total bonehead mode and fire her.

Once everybody realized they’d been duped by Breitbart and Fox News – and a hat-tip to CNN and the Atlanta Journal-Constitution for doing the heavy lifting to expose the story for the bag of crap that it was – everybody backpedaled and apologized to Sherrod…everybody except Breitbart and Fox, that is. They pretty much said the whole thing was the fault of the NAACP and Obama for promoting reverse racism in America. Yeah, they actually did, which makes you wonder what one has to do to lose credibility in the realm of right-wing news. Andrew Breitbart and Roger Ailes could bend over double and take a dump on their own faces in the middle of the Washington Mall, and they’d still have plenty of people who treat their swill as if it were holy writ.

So, yeah, it can be funny, it can be silly, and it can be (and often is) simply mind-boggling. After a while, all the screaming and blabbering about Obama being a fascist racist socialist Muslim terrorist tyrant who wants to destroy America and Christianity turns into only so much noise that can be all too easily dismissed as the nonsense it is.

Dismiss it too easily or too quickly, however, and you’ll miss the dog whistle buried in the message. I hadn’t heard of the term “dog whistle” until I saw a disturbing post on the web forum DemocraticUnderground, but the term perfectly describes the phenomenon. Wikipedia describes the term thusly:

Dog-whistle politics, also known as the use of code words, is a type of political campaigning or speechmaking employing coded language that appears to mean one thing to the general population but has a different or more specific meaning for a targeted subgroup of the audience. The term is an analogy to dog whistles built in such a way that humans cannot hear them due to their high frequency, but dogs can.

The DU post referring to a “dog whistle” was highlighting a recent broadcast of Pat Robertson’s “700 Club.” During this particular broadcast, author Eric Metaxas was being interviewed about his new biography of attempted Adolf Hitler assassin Dietrich Bonhoeffer. Metaxas’ book paints Bonhoeffer as a prophet of God who was doing holy work through his plot to kill Hitler. Bonhoeffer, a trained theologian who resisted the Nazis based on his Christian faith, has been a revered figure in many religious circles ever since his death, so a book calling him a holy prophet isn’t wildly out of line on its face.

But here’s the thing. During the interview, descriptions of fascism and tyranny were used extensively. Again, given that the topic dealt with Hitler and Nazi Germany, the use of this language isn’t immediately improper…except when it’s in the context of the kind of rhetoric used by Pat Robertson, Fox News and bloggers like Andrew Breitbart to describe President Obama. The interview basically stated that it is the holy work of any good Christian to assassinate a fascist tyrant, and given the serial ways these right-wing media people have used those exact terms to describe the president, it is a pretty short leap to realize the “700 Club” was essentially sending the message that whoever puts a bullet in Obama will be considered a saint on the level of Bonhoeffer.

And who was this dog whistle aimed at? There are many potential candidates, as evidenced recently in Sarah Palin’s former stomping grounds in Alaska. Tea Party backers of right-wing Senate candidate Joe Miller staged a march during a rally for Miller. Many of the people in that march carried Miller signs, American flags…and assault weapons. You can watch a video of the march here.

This is far from the first time Tea Party people have brandished weapons at public rallies, and most of them are your typical armchair warriors, all flash and no substance, and only the outline of a real threat. It only takes one, however, to hear the dog whistle and decide to take on God’s holy work.

A lot of these people are fools, and listening to them is like being inside someone else’s headache. It’s not all fun and laughs, though. The dog whistles are sounding loud and clear, if you have the right kind of ears to hear them.