Eric Andreaus, a hydrogeologist and spokesperson for Nestlé Waters North America, stood up during a monthly Eldred Township meeting in Kunkletown, Pennsylvania, on June 8, 2016, and announced that Nestlé was abandoning its plans to extract 73 million gallons of water per year from the local aquifer for its bottled water business.

Sitting in the crowd with the other members of the public was Donna Diehl, a local school bus driver and one of the community organizers who had been helping lead the fight against Nestlé’s proposal for over a year. She, like most everyone else who attended the meeting, was shocked.

“I think [Nestlé] saw the writing on the wall that they were going to get turned down.”

“They were going through the agenda, and [the] Nestlé water issue came up. All of us were surprised when Eric stood up to speak, and at first I was wondering where he was going with it. Then the last sentence came,” Diehl told Truthout.

That last sentence was Nestlé’s official withdrawal from the community and the end of the company’s four-year attempt to build a bulk water extraction operation in Diehl’s hometown.

After citing numerous problems with the project, including site logistics and fierce community opposition, Andreaus announced that Nestlé would no longer pursue a permit.

“For all of these reasons and others, and in mutual agreement with the landowner,” Andreaus read, “Nestlé Waters is withdrawing its pending zoning permit application.”

The room erupted in cheers and for the first time since Nestlé began meeting with community members about the project, the company received a standing ovation. 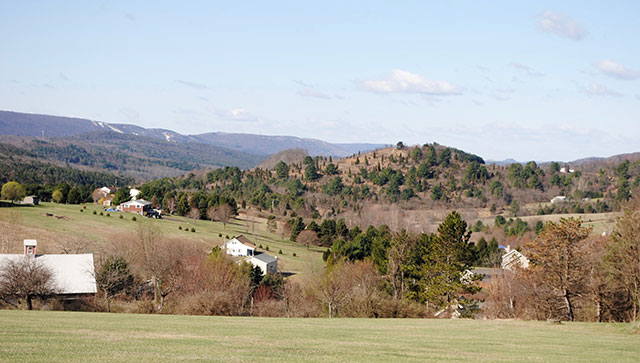 Since 2012, Nestlé Waters had been active in the small, rural community of Kunkletown, Pennsylvania, conducting water testing and laying the groundwork for a water extraction facility to be sited on private land. The company had proposed to pump 200,000 gallons of water per day from the local aquifer, put it in trucks and transfer it to an existing bottling facility near Allentown, about 20 miles away. It had planned to pump for 10 years with an option to continue pumping for an additional 15 years, leading to the removal of up to 1.8 billion gallons of water from the aquifer during the life of the wells.

“[Nestlé] finally realized that they can’t go any farther or they’d be completely exposed.”

This proposal did not sit well with residents of Kunkletown and nearby communities. Once they discovered Nestlé’s plan, they mobilized quickly and efficiently. People began attending local government meetings and requesting planning and zoning documents. They feared a depletion of their water resources and balked at the notion that a corporation could make billions off a community resource many felt shouldn’t be privatized.

Their struggle to stop the largest food and beverage corporation in the world was detailed in a previous report published by Truthout in April 2016. Just two short months ago, Diehl and her neighbors were digging in for an extended fight with the corporation but were confident that they would ultimately prevail.

“We have wonderful water here and we will protect it. Nestlé is trying to break us,” Diehl told Truthout in April. “But I’m absolutely optimistic that we’ll win.”

Many of those who opposed Nestlé’s project shared Diehl’s optimism.

“I felt very confident right from the very start; they couldn’t meet the zoning rules,” said Don Moore, an engineer who maintains a blog where he has documented the fight to keep Nestlé out of Kunkletown. “But, Nestlé could have made billions on this aquifer. I thought it had to be worth it to them to stay in it as long as they could. I was pretty surprised when they withdrew.”

When asked why he thought Nestlé walked away when it did, Moore reflected on the lawsuit filed on December 17, 2015, by Diehl and four others against the Eldred Township Board of Supervisors, alleging that the area’s zoning rules were surreptitiously and unlawfully changed.

“This demonstrates that public pressure on Nestlé works.”

In a statement issued to Truthout in April, Nestlé denied any wrongdoing, and said it had not inappropriately influenced town supervisors with regard to zoning changes made at the township level that would have allowed the company to operate a water extraction facility in a commercial zone.

Nestlé’s one-page statement that Andreaus read at the meeting listed numerous reasons for its withdrawal, citing problems with site logistics and design challenges. However, one of the main reasons cited in the statement was a recognition that the community opposed the project, a public admission that is rarely made by Nestlé.

“It is clear to us that the community in Eldred Township does not believe the process around this project worked the way it was intended and that many of you have concerns about this project. We want you to know that we hear you,” Andreaus read.

Stiv Wilson, director of campaigns for the Story of Stuff Project, a global environmental nonprofit organization that has been monitoring Nestlé’s activities nationwide, said Nestlé’s admission that public opposition was one reason for its withdrawal from Kunkletown is proof that local communities, with the backing of an organized movement, can win.

“This demonstrates that public pressure on Nestlé works,” Wilson told Truthout. “It also shows that communities that know that there is an organized movement that has their back can prevail. We are making sure that Nestlé is less and less able to operate in an un-transparent manner.”

“The Momentum Is With Us”

John Stewart, deputy campaign director for Corporate Accountability International, who helps connect communities and individuals fighting to protect their water, said he believes that the Kunkletown win and the recent passage of a ballot initiative in Cascade Locks, Oregon, which effectively banned any large water bottling operation in the county, will spread a spirit of resistance to other communities that may be in the cross hairs of the bottled water industry.

“We will continue to monitor where Nestlé is looking to secure and access water rights, particularly in small, rural communities. We will amplify what they are doing and the people’s response to it. And we will continue to connect people who are fighting for their water all around the country,” Stewart told Truthout.

Diehl, the bus driver who over the course of the campaign has become a water resource expert, described her town’s win not just as a victory in protecting its water but as an effort that built community and strengthened democracy.

“People are very involved now in our township. I think you are going to see people staying on top of things. You go to a meeting once a month and find out what is happening in your town. The ‘sleepy dwellers of Kunkletown,’ as some people in the beginning called us, are now very vigilant,” Diehl told Truthout. “I know I have made lifetime friends now.”

As noted in the Ponoco Record, Eldred Township meetings had to be moved from the municipal building to the firehouse to be able to seat the large number of people who started attending meetings — a huge number for such a small community.

“This issue strikes a different nerve. This is water,” Moore told Truthout when asked about the high attendance at local government meetings.

“We can show them that we draw the line at water. This shouldn’t be something a corporation can profit off of.”

In April, Diehl told Truthout that before she learned of Nestlé’s plans in Kunkletown, the main items on her to-do list were painting her bathroom, driving her bus and learning to crochet. When asked what she plans to do now that she doesn’t have this battle to fight anymore, she said, “I feel like I just lost an unpaid, extremely stressful part-time job.” Diehl suffered a stroke shortly after the Truthout article was published in April.

“I’m going to babysit my great-niece, I’m going to paint my bathroom and I’m going to volunteer at the local food pantry,” she added. “I know they are still gonna go after the water. That’s why I’m still leery. It may be 20 years from now and it will be up to my son and the younger generation to fight them again. But for now, they’re gone.”

Stewart from Corporate Accountability International is hopeful for the future because of people such as Diehl, who worked so hard and so diligently in her community.

“I see a broader shift in our society to protect water as a human right and a public good,” Stewart told Truthout. “We are seeing an increasing consciousness that water is a scarce resource and needs to be defended. We will do what we do until as a movement we can show them that we draw the line at water. This shouldn’t be something a corporation can profit off of. The momentum is with us.”

Share
Copyright, Truthout. May not be reprinted without permission.
Alexis Bonogofsky

Alexis Bonogofsky is a fourth generation Montanan, rancher and anti-coal organizer who was featured in the recent climate change documentary This Changes Everything. In 2014, she was awarded a Cultural Freedom Fellowship from the Lannan Foundation.