Greg Palast is back with a timely new book, “Billionaires & Ballot Bandits: How to Steal an Election in 9 Easy Steps.” Illustrated by Ted Rall and with and introduction by Robert F. Kennedy, Jr., Palast warns of more than a decade of Republican elections theft – and explains how they do it. And you’ll also get Palast’s “Why We Occupy” DVD free, which includes a Palast talk, a rant by Lee Camp, and a variety of other video segments. Just click here. Make a minimum donation and support progressive writers and Truthout. Read the excerpt, below.

And maybe they have.

In ancient times, before the Supreme Court’s 2010 decision in Citizens United, the maximum amount you could give a candidate for president, legally, was two thousand dollars. And, until 2010, to legally donate to a candidate, you had to 1) have a first and last name, 2) be a citizen of the United States, and 3) breathe oxygen.

Then, in 2010, the US Supreme Court’s Citizens United v. Federal Election Commission decision (followed by a lower-court decision, SpeechNow.org v. FEC) blew the doors off the limit on secret political campaign contributions. “Unnatural” persons—headless, heartless creatures called corporations—could now spend in election campaigns. And, unlike us mere mortals, these corporate creatures are not limited to two thousand dollars.

As soon as Citizens came down, billionaires pulled out their debit cards and went on a shopping spree.

And a million bucks came into Restore Our Future from something called “F8 LLC.” Records indicate that F8 has estimated annual revenue of only $87,000 a year. So that $1 million donation must have been a real sacrifice. The “principal” of F8 is listed as Mr. Diego Villasenor. No photo, so I looked up the F8 man in Google image search and found this: 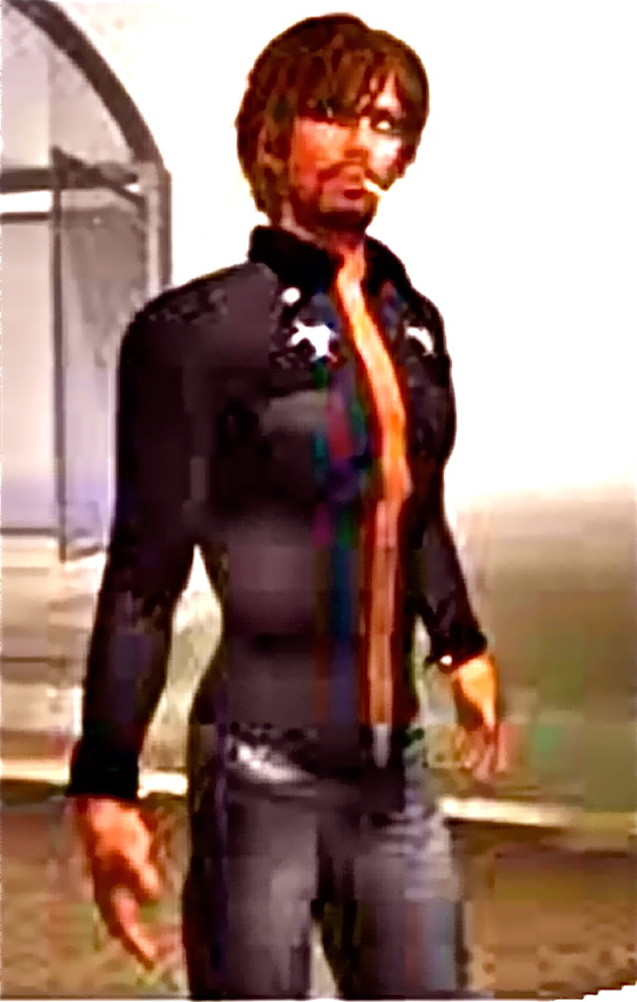 You may recognize Mr. Villasenor, a well-known assassin. But luckily, as a cartoon, he only kills other cartoons. However, he does have a million in real cash money to blow on making Governor Romney our president.

Whether this is the real Mr. Villasenor, or if there is a real Don Diego, or if he’s a Quechua Indian in Peru who believes photos will steal his soul, or if he has a soul at all, well, that just doesn’t matter. What matters is the “LLC,” which stands for Limited Liability Corporation. And under Citizens, the letters LLC mean F8 LLC can donate unlimited millions for political advertisements—and F8’s owner’s name, whether it really is Diego, his nationality, or even if he shot a man in Reno just to watch him die, is none of your damn business.

And what is Restore Our Future? Well, it is a kind of campaign Death Star that can and does emit crushing blasts of money to mutilate and destroy candidates who would oppose the electoral will of Paul “Vulture” Singer, F8, Bill Koch ($2 million donation), and the other billionaires.

In just the first couple months of 2012, Restore Our Future ran about $56 million through its cash colon to crap all over the opponents of Romney’s presidential bid. (Official records showed 87.4 percent of the super- PAC’s spending went into hate messages, i.e., negative ads and telephone calls.)

But why play? What do they want? And as Butch said to Sundance, “Who are these guys?”

Well, despite the name “Citizens United,” not all those united are citizens. Less noted in the hubbub about corporate personhood was that the Citizens and SpeechNow decisions OK’d political spending by foreigners. Look forward to candidates funded by Zeta Gang Inc PAC. And while Charles Manson has lost his citizenship and right to vote, Citizens has restored his right to form Manson & Company Super-PAC.

The Chinese military is already positioned to support its Manchurian candidates. In fact, the Peoples Liberation Army is already incorporated in the US via its clothing line sold at WalMart called, “New Order.” I kid you not.

And maybe they have. Senator John McCain has disappeared from TV screens since letting the cat out of the bag that the largest contribution to “Restore,” the Romney super-PAC, likely came from China via the Sands Casino Corporation. It’s been a long time since Sinatra played the Sands in Vegas. Today, its entire income comes from casino operations in Macau, China, an operation created in partnership with Communist Party apparatchiks.

But there’s no sense asking about it. Mr. Villasenor isn’t taking questions.

For the full story of Karl Rove, the Vulture, the Ice Man, and the Kochs, donate to Truthout.org at get a copy of Billionaires & Ballot Bandits: How to Steal an Election in 9 Easy Steps by Greg Palast, with comics by Ted Rall.

Truthout
Share
As soon as Citizens came down
Politics & Elections