Moussa came to the United States nine years ago seeking asylum. He lost his asylum case, but while appealing the decision, he fell in love with Victoria. The two were married and have three beautiful children together. Moussa also adopted Victoria’s two children from a prior relationship. When Victoria filed for a family petition on his behalf in April 2015, they thought their immigration struggles were finally over. Sadly, they had just begun.

The last time I wrote about Moussa, he was sitting in a detention center in New Orleans and his family was praying that immigration authorities would exercise their discretion to stop his deportation and release him. At that time, Moussa was enduring his 10th month of incarceration. The following afternoon, US Immigration and Customs Enforcement (ICE) denied Moussa’s request without informing his family or his attorneys at the American Friends Service Committee (AFSC).

Three days later, ICE forcibly attempted to put Moussa on a plane to Chad. That Monday morning, June 27, 2016, Moussa called his advocates at AFSC to tell the story of his near-deportation. His voice was cracked and muffled over the phone as he explained how he was woken up gruffly at dawn, shackled at his ankles and handcuffed. How he was transported by van to an airport in Houston, where four ICE officers attempted to force him onto a plane without explanation. How he cried out for help and resisted permanent separation from his family by refusing to walk. How the officers aggressively attempted to strap him into a wheelchair and how he refused to sit still. How his deportation officer punched him in the neck with a closed fist and told him to “stop screaming like a pregnant woman.”

Today, Moussa is sitting in a detention center in Houston, Texas, and his family is still waiting for him at home in Newark, New Jersey. It has been nearly a year since ICE took Moussa away from his home, his pregnant wife Victoria, and their four children. Now Moussa has a five-month-old baby girl he has never met. Our broken immigration system and backwards policies tear families like Moussa’s apart every day.

But Victoria and her advocates at AFSC refuse to give up hope and are still fighting for Moussa’s freedom. More than 16,000 people have signed a petition asking ICE to release Moussa to his family. Just two weeks after ICE attempted to deport Moussa, Victoria traveled to Washington, DC, to tell their story. On July 13, 2016, AFSC staff sat alongside Victoria and her five young children on a couch in the office of Republican Rep. Chuck Fleischmann of Tennessee. Despite facing possible eviction and struggling to maintain her family without Moussa, Victoria spoke with strength and poise. She talked about the pain inflicted on her children by Moussa’s prolonged detention and the hardship of living in constant fear of losing her husband forever. 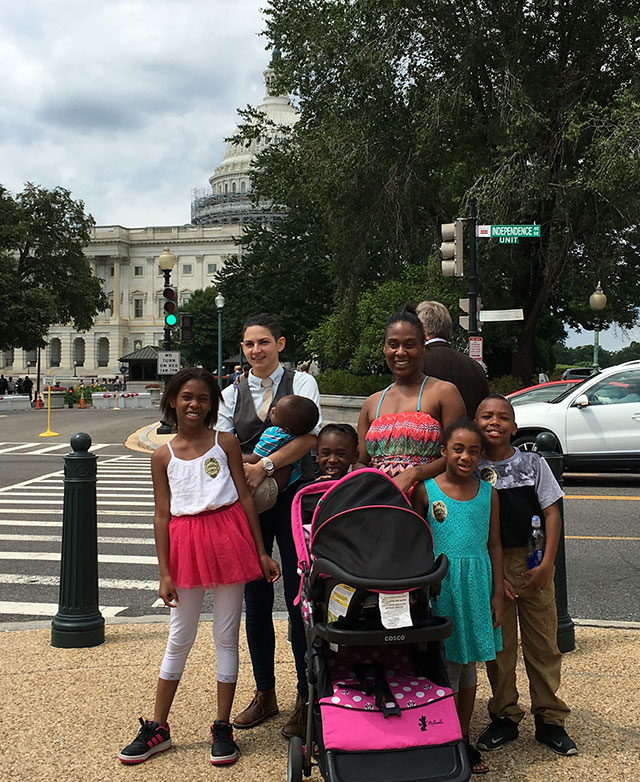 Moussa’s family and his attorney Mich Gonzalez travel to Washington, DC, to advocate for his release. (Photo: Carl Roose / AFSC)

AFSC staff stressed that Moussa’s family was one of thousands torn apart by policies like the detention quota, which is a federal policy that mandates that 34,000 spaces for immigrant detainees be maintained every day. It means that people like Moussa and thousands of others are detained unnecessarily for long periods of time. And it means that private prison companies — which run 62 percent of ICE detention facilities — receive millions of dollars in federal funds as a result. These facilities will not be impacted by the US Justice Department’s decision to stop renewing contracts with private prison companies because ICE detention is controlled by the Department of Homeland Security, not the Bureau of Prisons.

Congressman Fleischmann serves on the Department of Homeland Security’s Appropriations Subcommittee. AFSC urged the congressman’s office, among others, to eliminate the detention quota included in the bills passed by the Appropriations Committees in both the House and the Senate. We also emphasized the importance of supporting bill H.R. 2808: Protecting Taxpayers and Communities from Local Detention Quotas Act, introduced by Democratic Rep. Theodore E. Deutch of Florida. The passage of this bill would be one important step toward making immigration proceedings less punitive and removing the profit motive from these proceedings. 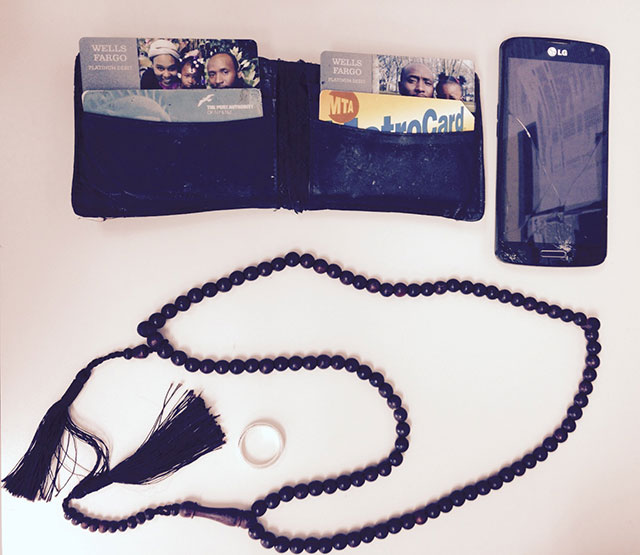 Immigration and Customs Enforcement confiscated Moussa’s personal belongings — including his prayer beads and wedding ring — and mailed them to his attorney. (Photo: Kathy Heim / AFSC)

After the visit, Moussa’s family, AFSC, and other immigrant rights organizations are continuing to push for an end to the detention quota. Starting August 22, they are calling for a Week of Action to End the Quota and urging people across the country to get involved.

Moussa was a small-business owner supporting his family and paying taxes. Now his prolonged detention means his family struggles to survive, even with government assistance. We must continue to make the case to Congress that failed policies like the quota cause wide-sweeping enforcement at a steep cost to taxpayers. Denying a person freedom and access to their loved ones should not be based on a profit-driven demand to fill a predetermined number of jail beds. It’s time to end the quota and bring Moussa home.

Share
Copyright, Truthout. May not be reprinted without permission.
Mich P. Gonzalez

Mich P. Gonzalez is a staff attorney at the American Friends Service Committee’s (AFSC) Newark office, where she provides legal services to immigrants in detention. She works with AFSC’s new public defender model project for indigent immigrants, Friends’ Representation Initiative of New Jersey (FRINJ). FRINJ is the first program of its kind in New Jersey and only the second in the country. Since March 2015, the initiative has helped over 370 immigrants in their deportation defense.