Being called “Sammy” makes life easier for a little boy named Osama. The 6-year-old adopted the nickname after being teased at school, often for his Muslim heritage. “He’s decided his name can’t be a Muslim name,” explained Lisa Killinger, the president of the Islamic Center of the Quad Cities, where she met Osama and his family. “He’s a lighter skin child. The darker skin children are not afforded that luxury.”

Killinger believes that the terrorist attacks in Paris and San Bernardino, California, sparked fear matched only by the atmosphere in the United States immediately after 9/11. As the country looks to Iowa for the 2016 presidential caucus, Killinger and her fellow members of the Muslim community contemplate how to navigate a splintered political climate where the leading Republican candidate supports a ban on Muslim travel and immigration to the United States.

“Donald Trump [is] way too reminiscent of Germany in the 1930s,” Killinger told Truthout. “It’s a scary race for Muslims in America. To think that those words can be said and catapult you to the front-runner.”

The Islamic Center, located in Moline, Illinois, feels a fueled fire. The mosque hired security in mid-December after an increase in threats and vandalism against Muslims across the United States. The Islamic Center hasn’t received threats, but Killinger and her friends still worry. “Every day I get on my newsfeed, there’s another mosque that’s been burned or vandalized,” she said. “It’s very concerning especially for the children. They’ve done nothing besides having a foreign sounding name or browner skin.” 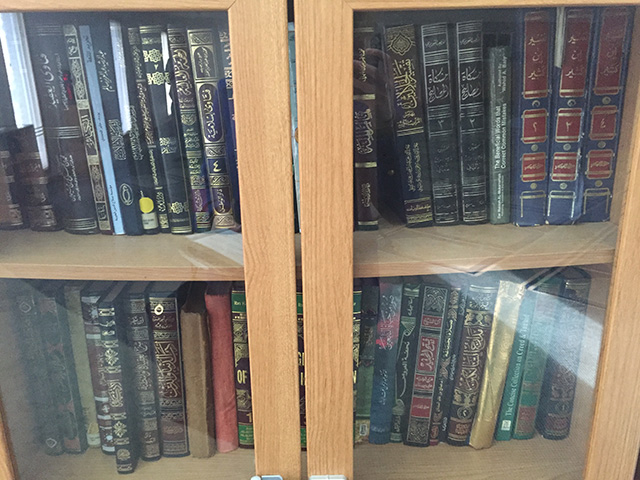 Killinger looks across the Mississippi River to Iowa, home of the United States’ first 2016 caucus. The Muslim population is slightly above the national average in Iowa: Muslims make up 1 percent of Iowa’s population, whereas they make up 0.9 percent of the US population as a whole.

As a small and increasingly marginalized minority group, Muslims remain a major topic of conversation among some Republicans in the lead-up to the caucuses. Trump is not the only candidate to have responded to the refugee crisis and domestic terrorism with Islamophobic rhetoric: Ted Cruz and Mike Huckabee’s national security proposals have also often conflated Muslims with terrorists and showed a lack of empathy for those impacted by the Syrian war. While many of their fellow party members criticized the remarks, some applauded the candidates for rejecting what they describe as “politically correct” attitudes toward Muslims.

“They [Muslims] get to pray whenever they want. Why can’t I pray whenever I want?” said Linda Renkes – who in reality can legally pray when she wants – during a Chris Christie town hall event on January 29 in Davenport, Iowa. “People don’t stand up for the Christians. What about me being offended?”

Imam Taha Atta Tawil of Mother Mosque in Cedar Rapids, Iowa, actively tries to create a dialogue between Muslims and the rest of the community. Political conversations are not usually held at the mosque, but Tawil invited Trump to visit in early January. Trump never responded to the offer, which served as both an olive branch and litmus test for the Republican candidate. His refusal to engage did not help his reputation among Muslims in Cedar Rapids.

“I hope America doesn’t elect him. He is spreading hate throughout our country,” Tawil said.

Tawil is not sure if more eligible Muslim voters will caucus on February 1, but he says that regardless of whether they vote, Muslims throughout the nation are feeling the impacts of a particularly Islamophobic campaign season.

“It is a constant conversation, a constant fear. We talk about it all the time,” he told Truthout. “People have become afraid after seeing the burned mosques and the broken windows on the internet. We are grateful that it hasn’t happened in Iowa.” 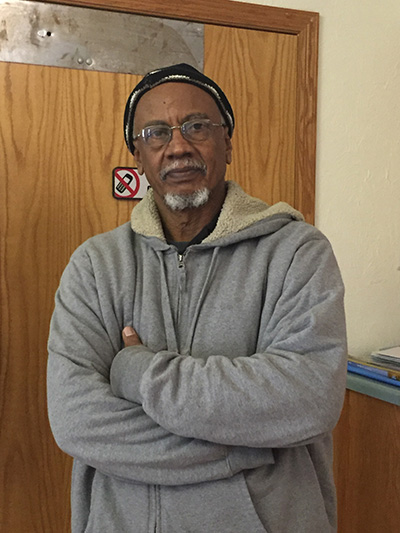 Idris Idris (above) said he and his friends at the Iowa City Mosque have not personally faced any Islamophobic attacks in the run-up to the Iowa caucus. (Photo: Morgan Frances Gilbard)While the national climate is on the minds of Muslims in Cedar Rapids, not all Muslims in Iowa feel affected by the racist comments of the Republican front-runners in the presidential race. “Nobody’s bothered us here. We are quiet people,” said Idris Idris, who moved to Iowa City in 2011 after living for several years in Virginia. He had little to say about the election, but was proud of the mosque – a humble home converted so its patrons would have enough space to pray. Little else was needed and little else mattered.

Others in the community echoed Idris’ sentiments to a certain extent. Hossain Keatra, who attends the Iowa City Mosque, said, “It looks like most people aren’t interested in politics in our community” but suggested that the intensity of Trump’s comments about Muslims did catch the attention of some of his fellow worshippers.

It is impossible to project how many Muslim voters might caucus, as the faith makes up such a small portion of the voting pool that data is not frequently collected nor used. But Muslims in Iowa still hope that their fellow citizens will keep them in their minds and hearts at the polls.

“Do not make us one broad stroke,” Tawil said. “This is not the America we know.”

Share
Copyright, Truthout. May not be reprinted without permission.
Morgan Gilbard

Morgan Gilbard is a master’s student at Northwestern University’s Medill School of Journalism and will graduate in September 2016. She is specializing in broadcast journalism and social justice issues. Gilbard graduated from Hobart and William Smith Colleges in 2015 with a Bachelor of Arts degree in English literature, as well as minors in political science and media studies. Her passions include old books, hiking and baking.