Working with Kheti Virasat Mission, Amarjeet Sharma has managed to turn his small plot of land in the state of Punjab from lifeless, debt ridden farm into a healthy, productive and profitable one.

As a witness to the destructive agricultural policy that swept the state in the 1960s, Sharma has decided to return to a more organic approach, a system that has evolved from the teaching of Guru Nanak, the founder of Sikhism.

Known as the Sarbat da Bhala or agriculture for the well being of all, the principles of this philosophy focus on understanding the complex relationships between animals, insects, plants and ourselves. By working with nature rather than against it, he was able to not only increase his productivity but also provide healthy food within a healthy environment. 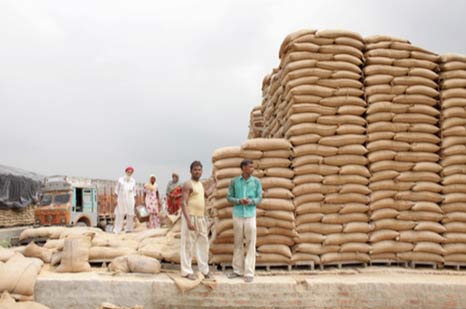 (Image: The Source Project)Sharma is just one of the new generations of farmers who are regaining control of their environments and their futures.

This is the second film in the 9×9 film festival. These films have been made for one reason: to help people understand the reality of what’s really happening to the world’s food and farming systems, and why.

It has been proved, beyond doubt that the natural systems of farming benefit, not only human health but also the health of the environment in a long term and sustainable way. This was one of the first films we made as part of the Source Project and for obvious reasons shot it in Punjab, linking it to the story of the “Green Revolution” and the legacy we now see beginning to be played out across India. This is a narrative that looks at the cause, the symptom and finally a possible solution by one of the more progressive farmers in Punjab, Amarjeet Sharma.

A Natural System and an Agricultural Philosophy from The Source Project on Vimeo.