In Oregon, the capture of local government by the timber industry results in the destruction of the natural world and the poisoning of the populace, but a Josephine County ballot initiative would ban tree spraying by corporations and government entities.

Several grassroots environmental organizations from Oregon invited me to visit their communities and talk about my recent book, Poison Spring. This is a book about the failure of the US Environmental Protection Agency (EPA) to remain the EPA, as originally conceived. My 25 years of experience at the EPA taught me that the EPA lost its independence soon after President Richard Nixon brought it into being in December 1970. The country’s polluters have been bribing Congress and the White House so that, among other political prizes, they could capture the EPA. 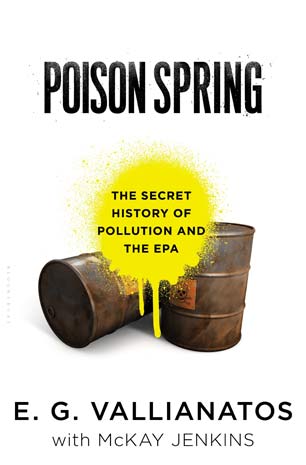 In each of my talks, I explained this bitter history and tried to offer suggestions on what citizens could do to protect themselves and the natural world from this largely unregulated industry.

Among them, Eugene, Corvallis and Cottage Grove are cities, and the the other communities are mostly small rural towns. They are in the neighborhoods of rivers, creeks, forests, and the wild waters of the Pacific Ocean. The rivers and creeks bring them salmon and other fish; the forests are heavens for wildlife and wood. As for the vast ocean, it connects and separates Oregon from the rest of the world.

The Pacific Ocean and the winds have sculpted a dream coast of bays, harbors, headlands and miles of sugary beaches, kissed by foamy waves. This beautiful coast is very close to the equally beautiful forests of ancient trees. And herein lies the tragedy of Oregon. Only tourists fully enjoy the beauty of the natural world in Oregon.

The reason for this infuriating reality is that timber companies own most of the forests, so, in a sense, they own the natural world of Oregon. These companies do to the people of Oregon what agribusiness does to Americans eating conventional food. They expose them to deleterious substances. And to avoid punishment, the Oregon timber companies have shaped an unconstitutional legal system that protects them. This is done primarily through the 1990’s Right to Farm and Forest Act.

The timber industry shows its contempt for people with its “clear-cutting” of the ancient trees. This destructive process brings war to the forest and the natural world. Large machines cut or smash everything in the logged forest. Nothing survives “clear-cutting.” And yet after this mechanical war ends, helicopters spray herbicides on the wounded land. And depending on the prevailing winds, the toxic sprays poison creeks, lakes, rivers and humans. 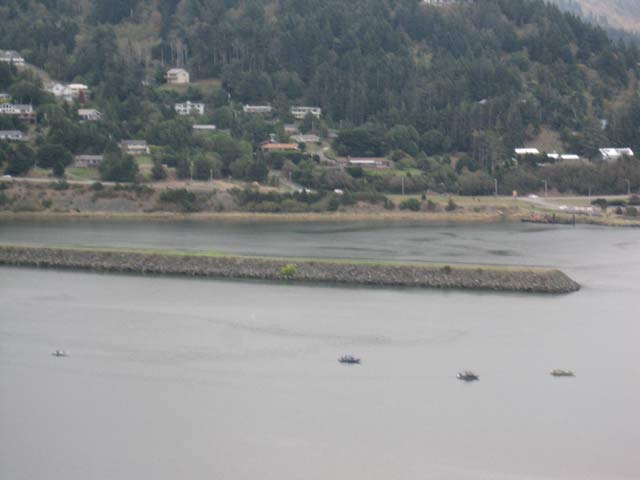 It’s this abusive, even colonial, policy that unites Oregonians. Most of the people that attended my talks in Oregon and, especially those I met, were against timber companies. They resent seeing the devastation of the natural world. But, above all, they are livid knowing they are being poisoned and can do nothing to stop such violence.

For example, Audrey Moore and her husband Joel own a house in a six-acre wooded piece of land in the Illinois Valley, not far from Grants Pass in Josephine County. After working hard in Los Angeles for 30 years, they found this heaven in Oregon, only to discover the deadly sprays getting to them by air and, possibly, through their drinking water. That discovery transformed their dream into a nightmare. Audrey came down with cancer. This experience made Audrey and Joel passionate defenders of both democracy and the natural world.

They want the government to ban sprays. But they are also realistic about political corruption paralyzing their local and state government, as much as the federal government.

Like the first American revolutionaries, they want real democracy. They believe they have the right not to be sprayed. They want to decide their own destiny and prohibit the dangerous and undemocratic practices of timber corporations. They and other angry Oregonians have an ordinance on the ballot of Josephine County to ban spraying by corporations and government entities. Their campaign, Freedom from Pesticides Alliance, is about defending their right “to say NO to pesticides.” They urge each other to vote YES on 17-63, which they claim, would protect “our bees, babies and bounty.” Audrey is the inspiring force behind this popular rebellion.

I stayed three days with Audrey and Joel. They are not merely hospitable, but outstanding citizens. They are constantly organizing for a more democratic, better and safer community. Their activism is infectious. Everywhere I went, I found the same patriotism and determination to end corporate abuse.

Another remarkable couple I met, Eron King and Justice Workman, live in an exquisite small piece of land surrounded by two creeks and mountains. They have a few goats and chickens and grow their own organic vegetables.

This idyllic small farm is in the Highway 36 Corridor of western Lane County. This is part of Triangle Lake, which looked to me the closest thing to paradise on Earth. But like most of rural Oregon, Triangle Lake and its mountains and forests are under the control of timber companies. 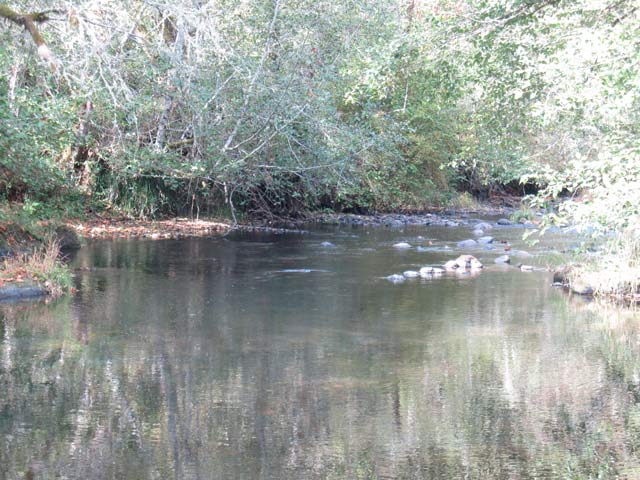 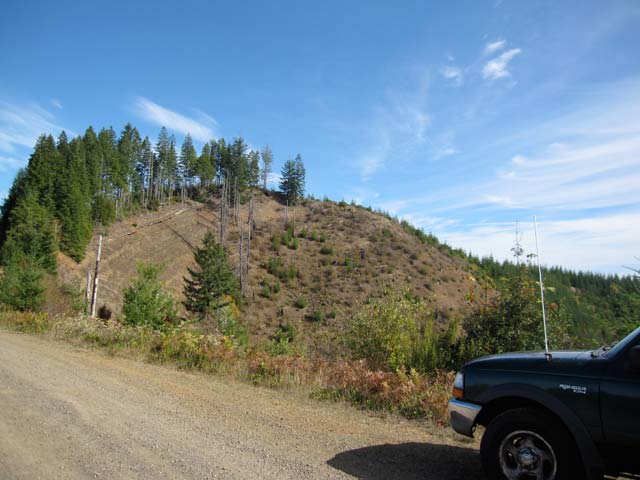 In the spring and fall of 2011, the sprays of those companies reached the tiny farm of Justice and Eron, poisoning them, their animals and their two young sons. The poisons included 2,4-D and glyphosate, which EPA just approved in genetically engineered crops to kill super weeds.

“My wife and two boys were outside in the garden the morning, we heard the helicopter some miles away . . . That same day after working in the garden we drove the whole family into Peace Health Medical Clinic, where we all peed into containers that were sent to Dr. Dana Barr at Emory University, formally of CDC . . . Our baseline samples were taken prior so that we could compare these results. Sure enough, all seven of the urine samples sent in that day by my four family members and three neighbors had spiked in concentration of both Atrazine and 2,4-D. Levels equal to that of a typical applicator. Shortly after, my two children, ages 5 and 10, both acquired a viscous cough for seven months with puking for the first three months. Eron, my partner, had a huge pus-filled lump that drained for weeks. She has gotten the same lump three times, each after a known pesticide exposure. I started having bloody stools, which have since went away . . . my grandfather applied 2,4-D in Vietnam, flying helicopters, and died from that, at the age of 48, of colon cancer. His first symptoms were bloody stools . . . Pesticide Analytical Response Center (PARC), a devision of the Department of Agriculture in Oregon, has admitted that constant low-level exposures are worse than infrequent acute exposures.”

Eron and Justice fought back. But they found local, state, and federal governments indifferent to their plight.

This official hubris pours even more oil on the fires of popular resistance. The people of Oregon are slowly moving toward the abolition of their timber government. They are inspired by the Oregon Constitution, which, like the federal Constitution, makes them, the people, the source of all power. They are right in thinking they have personal and community rights of safety and happiness. These rights trump any corporate argument for profit.

The Oregon Constitution says, “[the people of Oregon] have at all times a right to alter, reform, or abolish the government as they may think proper.” 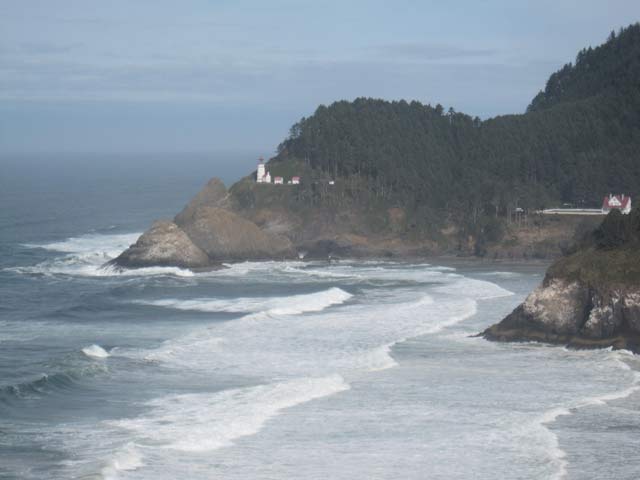 Share
Copyright, Truthout. May not be reprinted without permission.
Evaggelos Vallianatos