© 2023 Truthout
Op-Ed
|
Bill Moyers on the NRA: “The Armed Bully of American Politics” 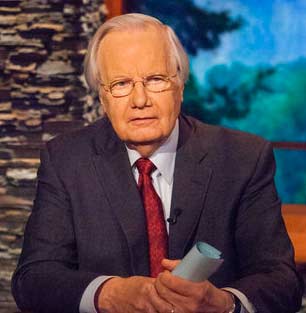 Bill Moyers. (Photo: Moyers & Company)Bill discusses the work of Moms Demand Action for Gun Sense in America, which has just released a moving video urging people to speak out against firearms violence.

In an essay following his conversation with cultural historian Richard Slotkin on the role of guns in America, Bill Moyers turns his attention to America’s staunchest defender of gun rights, the National Rifle Association, which he describes as “the armed bully of American politics.” Bill also introduces the work of Moms Demand Action for Gun Sense in America, a gun control group that released a moving advertisement to coincide with the one year anniversary of the Newtown tragedy, urging viewers to speak out against violence.

BILL MOYERS: Back when Charlton Heston made that defiant boast at the NRA convention – that gun control advocates would have to pry his rifle from his cold dead hands – he must have thought he was back in the fantasy world of Hollywood, re-living his roles as those famous Indian killers Andrew Jackson and Buffalo Bill Cody, whose Wild West, as he called it, courses through the bloodstream of American mythology. For sure, Heston was not channeling his most famous role as Moses striding down from Mount Sinai with a tablet of stone inscribed with God’s blueprint for a civilized society, including the commandment: “Thou Shalt Not Kill.”

But the good lord seems not to have anticipated the National Rifle Association. Its conscience as cold and dead as Charlton Heston’s grip on his gun, the NRA has become the armed bully of American politics, the enabler of the gunfighter nation, whose exceptionalism includes a high tolerance for the slaughter of the innocent. “Mother Jones” magazine reports that at least 194 children have been shot to death since Newtown. 127 of them died in their own homes and dozens more in the homes of friends, neighbors, and relatives, not strangers. 72 pulled the trigger themselves or were shot by another youngster.

My native state of Texas leads the country in the number of young ones killed by guns. While some states passed tougher firearms legislation after Newtown, Texas enacted ten new laws against sane restrictions on guns. Which is partly why last month, four women had lunch at a restaurant just outside Dallas. It was a planning meeting for Moms Demand Action for Gun Sense in America, that’s a group started after Newtown that describes itself as the “Mothers Against Drunk Driving of gun reform.”

As the four women ate and talked, about 40 members of a pro-gun group called Open Carry Texas – champions of guns anywhere and everywhere – gathered outside the restaurant, many of them with their firearms. They said they were there not to intimidate but to make a point. Sure, as if real men need guns to make a point.

So it goes. “Thou Shalt Not Kill,” but if you do, hide behind the Second Amendment, made holier and more sacrosanct by the NRA than God’s own commandment.

ANNOUNCER in No More Silence: On December 14th, we’ll have a moment of silence for Newtown. But with 26 more school shootings since that day, ask yourself: Is silence what America needs right now?