On January 22, the southern portion of TransCanada’s Keystone XL pipeline is set to become operational, although environmentalists and Texas homeowners are continuing to fight against it. TransCanada is surely celebrating now that it has a pipeline system in place connecting the tar sands in Alberta, Canada to the Gulf Coast refineries and export terminals — via the combination of the original Keystone pipeline running from Alberta to Cushing, Oklahoma and the pipeline it connects to, Keystone XL’s southern half (now rebranded the Gulf Coast Pipeline Project) which President Obama fast-tracked via executive order nearly two years ago.

But nobody except the pipeline’s owners knows exactly what will be transported through the Gulf Coast pipeline. TransCanada declined to reveal this important information, citing the confidentiality of their commercial contracts. Jeannie Shiffer, a spokesperson for the U.S. Pipeline and Hazardous Materials Safety Administration’s (PHMSA), part of the Department of Transportation, confirmed that, “PHMSA doesn’t require pipeline operators to report crude oil types.”

This leaves landowners and first responders in a precarious situation in the inevitable case of a spill. As tar sands pipeline spills in Kalamazoo, Michigan and Mayflower, Arkansas have made clear, tar sands dilbit is more toxic than conventional oil and requires a different spill response effort. 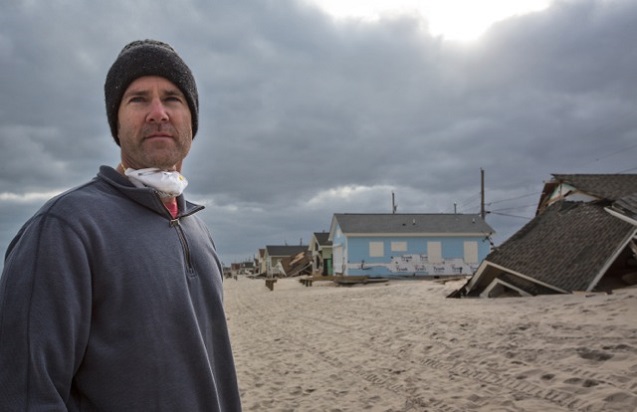 Sierra Club president Michael Brune reacted critically to the start up of the pipeline in a statement: “Today’s announcement is a painful example of President Obama’s ‘All of the Above’ energy plan at work: polluted air and water, carbon pollution, and the ever present threat of poisoned drinking water for millions of Texas and Oklahoma families. At a time when America is making huge strides on wind and solar power, this dangerous and unnecessary tar sands pipeline is a step backward when we should be moving forward on clean energy.”

“As the KXL South startup begins, it’s important to not lose sight of the goal of why Tar Sands Blockade took direct action against pipeline construction. In the dust-up, we drew more engagement with the climate and environmental justice movements than were aware previously. We received encouragement from all over the world, from all over Texas, and from across the Gulf South. When the pipeline leaks, we’ll be there holding the feet of TransCanada and PHMSA to the fire with thousands and thousands of others to assist. The fight isn’t over, and industry leadership will rue the day it decided to go all in on tar sands in such a cavalier and inhumane fashion.” 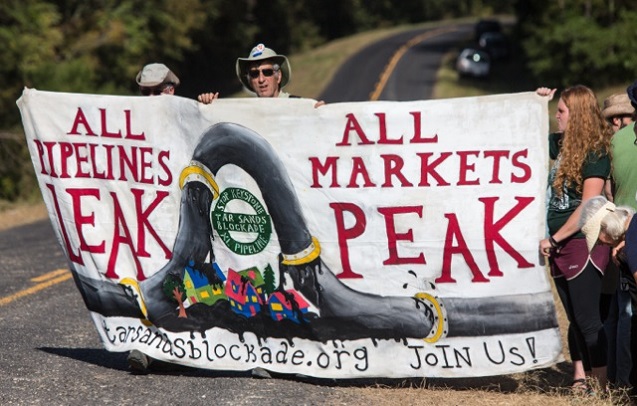 The push to stop the southern pipeline route intensified in the spring of 2013 after activists discovered TransCanada repairing anomalies in the pipeline in Winnsboro, Texas and began investigating themselves. Since their evidence was presented, along with a report by Public Citizen, PHMSA regulators have acknowledged problems with TransCanada’s welding practices. But the agency took TransCanada at their word that all the repairs were conducted properly, and chose not to require additional testing.

In early January 2014, landowners and activists attended a meeting with Roderick Seeley, director of the Southwest Region of PHMSA and members of his staff. Julia Trigg Crawford, whose lawsuit against TransCanada for confiscating her land is still pending, told DeSmogBlog what she learned at the meeting:

“The Pipeline Hazardous Materials Safety Administration says they don’t have enough inspectors to watch everything…only 32 inspectors for five states. Based on what they told us, I have NO confidence there was even minimal oversight and inspection. I NEVER saw a PHMSA hard hat, jacket, decal, business card….If they were on my property inspecting, they were invisible. I even asked the TransCanada contact on the ground if anyone from PHMSA was ever here, and he didn’t even know who PHMSA was. At the meeting, I heard the words ‘faith’ and ‘trust’ way too much from an organization that is supposed to be ensuring our safety.” 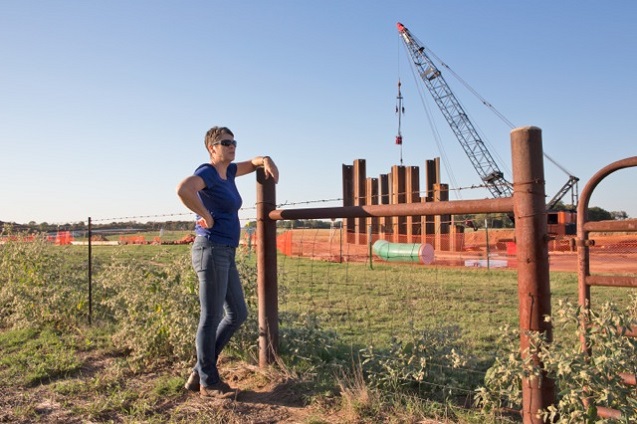 Eleanor Fairchild, labeled an “eco-terrorist” by TransCanada after she and Daryl Hannah blocked machinery on Fairchild’s property, was also at the meeting. (Criminal charges are still pending for her act of civil disobedience on her own land.) On the eve of the start-up of KXL South operations, Fairchild told DeSmogBlog,

“It is scary to know the southern line is now operational. Will TransCanada be held accountable for not following construction codes that are required by law? Who is the criminal in this case?” 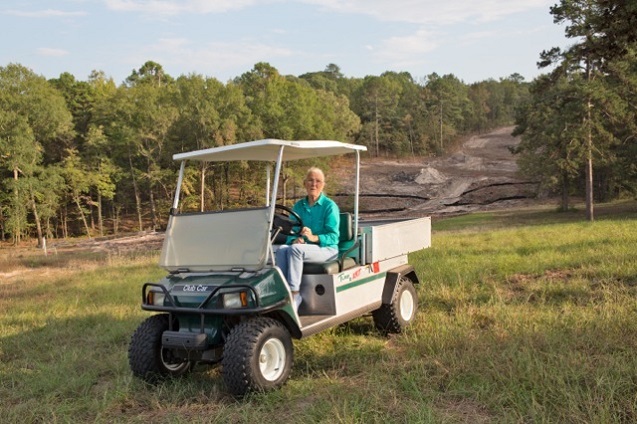 Eleanor Fairchild inspects the easement on her land in Winnsboro, Texas while TransCanada prepares to install the pipeline. (Photo: ©2013 Julie Dermansky)

Michael Bishop, another Texas landowner fighting the pipeline in the courts, told DeSmogBlog:

“My concerns about the start-up of this illegal project are the same as they were when I first learned that TransCanada was claiming the power of eminent domain and the fraud they employed to obtain land. I was concerned then and am more concerned now about the material they will be pushing through that line and the potential for leaks. The fact that their own operating history is so horrible, and that they have had a great number of recorded leaks since their start-up, those concerns are now elevated to worry and disaster preparation.” 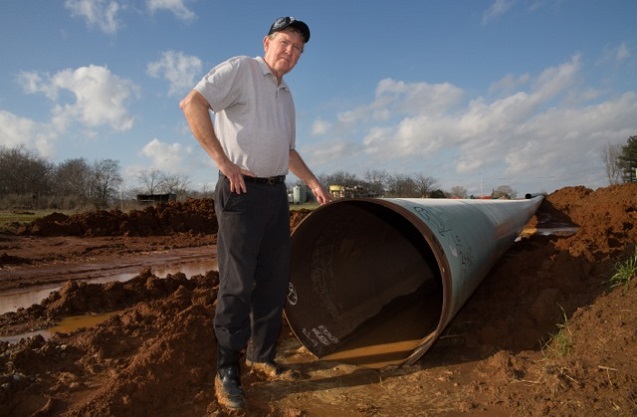 Michael Bishop stands in front of a section of the Keystone XL pipeline before it was installed on his property. (Photo: ©2013 Julie Dermansky)

But the pipeline is safe, according to TransCanada’s external communications and media relations representative Davis Sheremata, who stated in an email to DeSmogBlog:

“The standards we adopted for the Gulf Coast Project have set a new bar for safety and the design of modern oil pipelines. We voluntarily agreed to 57 additional conditions with the U.S. Department of Transportation Pipeline and Hazardous Materials Safety Administration to provide even greater confidence regarding the operation and monitoring of Gulf Coast. No other pipeline that has been built to date has all of these safety and operating conditions.”

When I asked PHMSA if the agency thinks Keystone XL is the safest pipeline ever made, the agency failed to answer that question, but responded with the following statement:

“PHMSA oversees pipeline design, construction, maintenance and operation. PHMSA’s safety inspectors have spent over 150 days inspecting the construction of the Gulf Coast pipeline project overseeing welding, coating, installation, backfilling, testing and all other construction activities to ensure that the newly constructed pipeline will operate safely. Now that the construction phase is complete, PHMSA will continue to monitor TransCanada’s compliance with federal pipeline safety requirements and keep the public updated on our safety activities.”

Evan Vokes has his own opinion of the pipeline’s integrity. A former TransCanada employee turned whistleblower, Vokes exposed TransCanada for violating construction codes to regulators in Canada and the US. He laughed when told regulators had faith that TransCanada properly repaired the anomalies. “Having faith,” Vokes says, “is not an engineering strategy.” 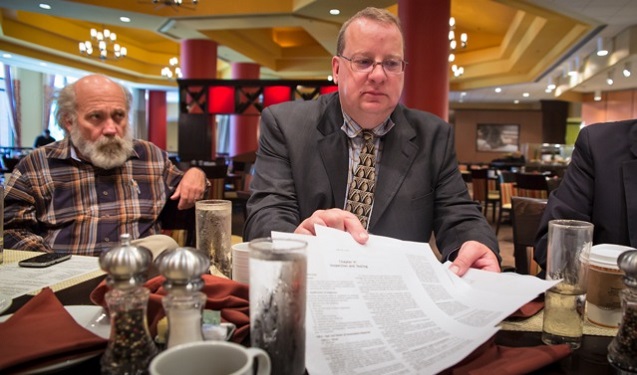