If you listened to conservatives and some media accounts you’d think there was an enormous public groundswell to reduce the size of government as rapidly as possible. But that does not appear to be the case. Widespread dissatisfaction with government performance has not translated into strong support for cutting government. Consider these results from a just-released survey on Americans’ attitudes toward government conducted by The Washington Post, the Kaiser Family Foundation, and Harvard University.

The public was asked if they supported more, less, about the same, or no federal government involvement in dealing with a variety of issues. On five domestic policy issues majorities ranging from 67 to 84 percent wanted to see either the same or more federal government involvement in the issue. (In fact, on four of these issues outright majorities actually wanted to see more federal involvement.) Those wanting to see less or no involvement ranged from only 32 down to 16 percent. 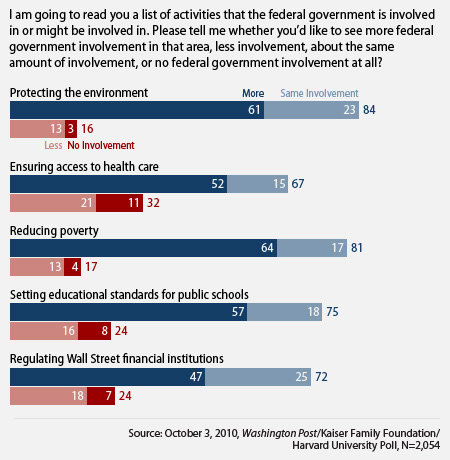 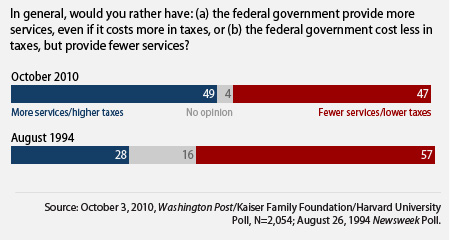 Finally, what does the public say they want their representative in Congress to do—fight for more spending to create jobs in their district or fight to cut government spending even if that means fewer jobs in the district?

It turns out that, by 57-39, they want their representative to fight for more spending to create jobs. Again, there is no evidence here of an overriding commitment to cut government. And again we see a less hostile attitude toward government’s role than was seen back in 1994 when, by 53-42, the public came down on the cutting spending side of the choice. 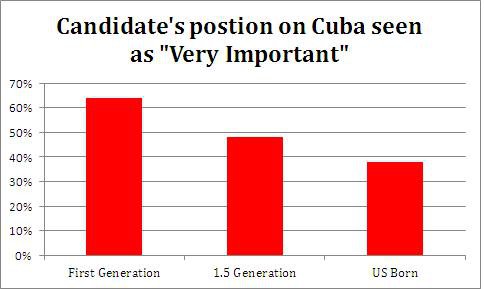 So does the public want to see government performance improved? Yes, and in a big way. But don’t believe the conservative hype about a public thirsty to cut government. It’s just not happening.

Ruy Teixeira is a Senior Fellow at the Center for American Progress. To learn more about his public opinion analysis go to the Media and Progressive Values page and the Progressive Studies program page of our website.