As climate change progresses, access to fresh, healthy food is becoming a more critical issue. In this article, originally published August 10, 2014, local farmer, engineer, boatbuilder and scientist Joe Breskin shows us how we can quadruple our level of production in greenhouses by simply using excess electricity from common fans.

Given anthropogenic climate disruption and our dwindling capacities for producing enough healthy food, a cutting-edge farming technique that dramatically increases produce yields from a design engineer in Port Townsend, Washington, may well already be filling a critical void.

Around the world – from the Middle East, across much of Africa, to California – wars over water and food are already occurring.

Billions of people already lack adequate supplies of potable water on a daily basis, and by 2030, nearly half the world’s population will live in “water-stressed” areas, according to the Organization for Economic Cooperation and Development’s Environmental Outlook 2030 Report.

As Lester Brown of the Earth Policy Institute and author of World on the Edge, has written, “Water is the new oil, and land is the new gold.” These words underscore how overpopulation and Anthropogenic Climate Disruption (ACD) have combined to overstress our capacities for producing enough food.

These facts, along with ever-escalating food prices, highlight how serious our food crisis has already become.

The corporate answer to the food crisis has been to introduce genetically modified organisms (GMOs) in an effort to expand crop sizes and yields. The outcomes and implications of this, however, continue to prove detrimental to both the environment and human health. 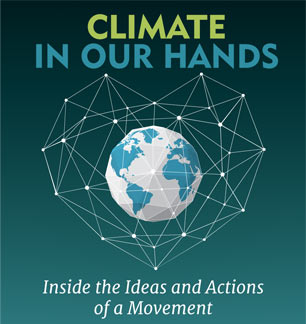 However, on a local level, scientist Joe Breskin seems to have found a solution for dramatically increasing vegetable yields in greenhouses, doubling the length of growing seasons and feeding more people for less money – all while using cutting-edge energy efficiency techniques.

“Heated greenhouses are not new, but the way we are doing it is,” said Breskin, who describes himself as a “senior generalist, engineering design consultant” who likes to “fix complex, interesting things that don’t work.”

It might sound too good to be true, except that the facts are speaking for themselves.

“This Is an Invention”

Following Breskin’s train of thought as he explained his new greenhouse technology sometimes felt like trying to keep up with a steam train. He is a man on a mission, excited about his work and thrilled to share his invention with anyone who wants to know about it.

Breskin looks like a cross between a mad scientist and a farmer, his eyes constantly alight with intellectual curiosity while he holds his complex schematic drawings in one hand and a tomato in the other. His energy level is that of someone half his age. (When asked how old he really is, Breskin replied, “I am a 1947 model, so I am 67 now.”) 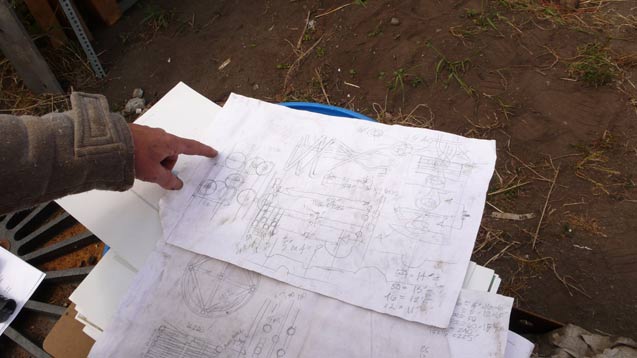 While Joe Breskin’s engineering plans might appear rudimentary, he has yet to find a patented version in the EU or United States of anything he is doing. (Photo: Dahr Jamail)

“The idea is to capture high-value heat and use it for the plants, rather than throwing it into the atmosphere,” Breskin told Truthout. “I had to figure out how to do all this. This is an invention.”

The five-acre urban farm where he is implementing his plan is located within Port Townsend, Washington, and, he says, his work has led to new “problems” – like an overabundance of fresh produce.

“I really like it in these greenhouses,” he said with a smile, picking a tomato off a vine and popping it in his mouth. “I’ve had to add metal supports to the greenhouse to keep the weight from all the tomatoes from collapsing it. We didn’t anticipate the problem of the weight of the fruit knocking the building down.”

The warm water flow rate from his heated tank has had to be reduced by half. “Otherwise the veggies grow faster than they can keep up with,” Breskin says with a laugh.

In addition to producing “too much” food, his system produces very little waste: The excess heat generated in his primary greenhouse is then bled into nearby greenhouses, so that no energy is wasted.

“This greenhouse then becomes the hub for three others,” said Breskin, who has named each greenhouse according to the atmosphere generated within.

“Bali” is the greenhouse where his heat project is working, and nearby structures have names like Cuba, Louisiana, Hawai’i, Galapagos, and Mississippi.

Acutely aware of our planet’s precarious time, coupled with government’s inability/unwillingness to change it, he knows all too well the poignancy of his project.

Breskin has worked and continues to work as an engineering design consultant and architect, yet describes his greenhouse project as “the most important thing I’ve ever done in my life.” 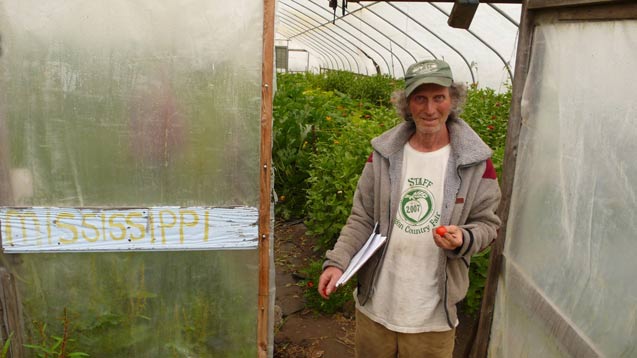 Breskin’s tagline is, “I can fix anything but your broken heart or your organization that is falling apart.” (Photo: Dahr Jamail)

Breskin’s project has already increased the overall profitability of the farm where it is implemented. It has reduced total energy costs by 50 percent by running on around $2 per day; appears likely to have generated a 10-month growing season; has caused productivity increases per square foot and per plant – and appears likely to be expanding soon.

The entire project was built for $10,000, and it has already produced more than that amount in food alone.

But rather than aiming to make money on it, Breskin is more concerned about improving the system and getting it into the hands of more local farmers as quickly as possible.

“I’m open source,” he said. “The only reason to patent this is to keep someone else from patenting it in order to monetize it.” 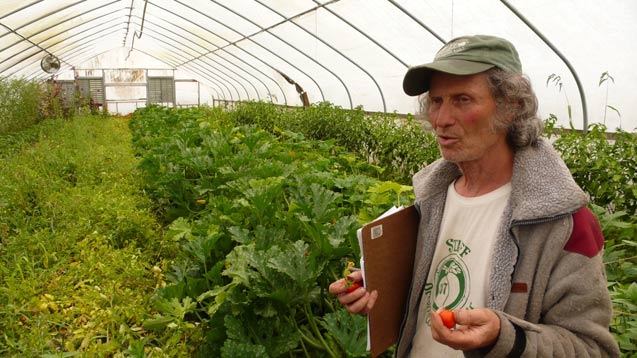 Breskin did weather analytics for the exact location of his project to find out exactly how much energy he needed to maximize efficiency. (Photo: Dahr Jamail)

As the dual crisis of the destabilized global economy and ACD intensifies with time, world governments’ ability to mitigate disasters, let alone respond to them, is waning dramatically.

As a large segment of the population in New Orleans knows from being essentially abandoned by the US government during and after Hurricane Katrina, a move to a more efficient and sustainable life support system of food, housing and energy is critical.

Breskin is acutely aware of this, and it drives his work and ideas, as it has been doing for decades.

He lists as his “bragging rights”:

• Saved and protected the watersheds of two rivers on the Olympic Peninsula from logging, and saved a community from having to spend $15 million on a water treatment plant they did not need.

• Directed a bunch of federal money into watershed storm proofing, the first projects on the Olympic Peninsula to do prevention instead of post-disaster repairs.

• Did a lot of “swords-into-ploughshares” work – finding socially useful commercial applications for technologies developed at the federal labs before the Bush coup turned us back into a war-based economy.

As for future plans, Breskin said he will continue to refine and expand his greenhouse work, in addition to building hyper-energy-efficient homes for people in need.

“I am designing a low-cost, easy-to-manufacture, permanently affordable ‘zero energy house’ that actually works in this challenging climate,” he has written in his blog. “It is unabashedly low-tech but is based on several highly detailed computer models of airflow and heatflux and leverages work done decades, and in some cases, centuries ago. Design integrates cheap, relatively low temperature heat storage, multiple loop thermosiphons, trickle-down open loop SDHW collectors, air heaters and multistage heat recovery at every exit point, avoiding PV, wind, and other high cost and high embodied energy technologies entirely. I’m also working on a compost-powered, ‘living machine’ aquaponics system based on black soldier flies.”

When asked to clarify these housing plans in laypersons terms, Breskin laughed and said this means he is “designing zero-energy houses for single moms, as opposed to for rich people.”

Given the destructiveness and poisonous consequences of GMO foods and agribusiness’s ever-expanding global agenda, Breskin’s work may well already be filling a critical void. Every day, he is building a new, free-thinking, sustainable path to feeding the planet – and having fun along the way.

Share
Copyright, Truthout. May not be reprinted without permission.
Dahr Jamail

Truthout
Share
The news about our global food supply is not good.