Believe me, the last damn thing I wanted to do was make an update of The Best Democracy Money Can Buy.

But you gave me no choice.

But did you listen?

No, MSNBC reported that “Trump has no path to 270,” and they bought their party dresses for Clinton’s inaugural.

Well, the 2 million who saw the film got it — and Truthout readers of my columns got it. But that left 120 million American voters who actually believe Trump won, and marched like sheep to the Trump Casino to be sheered.

So, here’s the skinny: Trump lost not just the popular vote, but also the vote in key swing states — that is, if you counted all the ballots cast and allowed the blocked and purged voters to vote.

How? Well, that’s why I made a new edition to the film, to lay it out cold. And why I tramped through the snows of Michigan and Wisconsin and beyond to explain exactly what happened. The result was the updated film, just released, with a new sub-title: The Best Democracy Money Can Buy: The Case of the Stolen Election.

Take Michigan. Trump officially won the state by 10,700 voters. But dig this: 75,355 ballots were never counted.

Like, huh? Not counted? Yes. Michiganders vote on these ridiculous paper ballots that old machines have a hard time reading. And critically, 87 machines simply broke down and didn’t count the votes at all.

So, why broken machines? As I explain in the update, Detroit and Flint went bankrupt — and so the budgets of those cities were taken over by “managers” appointed by the violently Republican governor. Detroit’s manager was told the machines would break in advance of the election. That the machines were old and couldn’t read all the ballots if marked with red pens or if folks put an “X” instead of filling in a bubble.

But there’s a marvelous machine that can read those uncounted ballots: the human eye. And that is why Jill Stein called for a “recount” — which was actually a count of the ballots previously “spoiled” and uncounted. Trump’s lawyers stopped the recount because he was losing.

And as I illustrate in the film, almost 3 million ballots were disqualified for cockamamie reasons, like not filling in the bubble.

Here’s a frame from the film of a voter who lost her vote because they didn’t fill in the bubble: my mother! 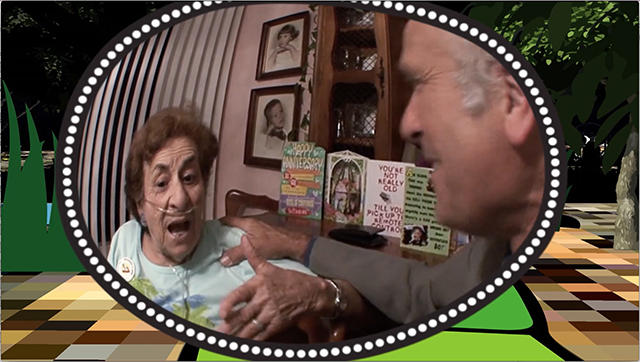 Whose votes get thrown in the ballot dumpster? According to the US Civil Rights Commission, the chance your vote will be disqualified is 900 percent higher if you’re Black than if you’re white.

Do the math. Trump would have lost Ohio, North Carolina, Arizona, Wisconsin, Pennsylvania … the list goes on … if not for the “spoilage” game and blocking legit voters from the polls.

The documentary has special extra reports from Michigan and Georgia — where the trick that was key to Trump’s vote heist also swiped the special election in Georgia’s Sixth Congressional District for the GOP.

And that new trick? It’s called, “Interstate Crosscheck” and it’s run by Trump’s vote-thief-in-chief Kris Kobach, secretary of state for Kansas. The mainstream media discovered Kobach and Crosscheck only after the election.

No reporter confronted Kobach with the evidence of his scheme — except this reporter, working for Rolling Stone. (You will see that confrontation in the film.)

And yet, the mainstream media still don’t get it. Crosscheck wiped out the registration of 1.1 million folks.

And whose money is behind Kobach? Me and my chief investigator Leni Badpenny run the money trail back through half a dozen front groups to the Koch brothers.

The updated film also includes Trump’s appointment of Kobach to his witch-hunting group called, “The Presidential Advisory Commission on Election Integrity” — now disbanded and reformed within the Department of Homeland Security.

So, be afraid. Be very afraid of what Kobach is up to now. Unfortunately, it’s not just a movie; this horror show is for real.

Plus, I had to tell you how those billionaires made out who bought the election for Trump. (No, Trump’s not a billionaire; he just plays one on TV.) And they did fine, indeed.

So that’s why I had no choice but to update The Best Democracy Money Can Buy and give it a new subtitle: The Case of the Stolen Election.

Some folks ask, How much of an update? Oh, say, 15 percent of the film — and the extras are all new. No more was needed because, sadly, we figured out the trickery well before the election.

Share
Copyright, Truthout. May not be reprinted without permission.
Greg Palast