Whistleblower at the CIA tells the story of the corruption Melvin A. Goodman observed within the intelligence agency and what he did to expose it. NSA whistleblower Thomas Drake says this book “serves in the public interest as a warning and wake-up call for what’s at stake and why we cannot trust the CIA or the intelligence establishment to do the right thing.” Click here to order a copy today by making a donation to Truthout!

In this exclusive interview, Melvin A. Goodman, author of Whistleblower at the CIA, discusses the evolution of the agency. A former CIA intelligence analyst, Goodman says that after its creation, the CIA quickly became a source of disinformation to justify United States actions as a global policing force.

Mark Karlin: Was it idealism that drew you to the CIA, and how long did you spend at the agency?

Melvin A. Goodman: I spent 24 years at the CIA as a Soviet analyst in the directorate of intelligence. I was not drawn to the agency by idealism, but by a fascination with the incredible repository of intelligence that is held within the entire community. I received an early introduction to this collection as a US Army cryptographer in the 1950s. 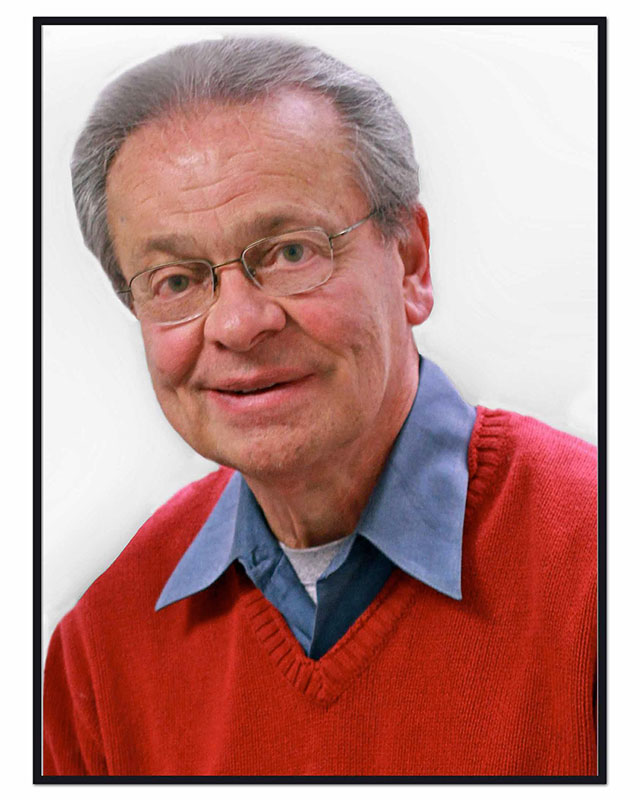 Melvin A. Goodman. (Photo: City Lights Books)There have been many intelligence failures over the past 70 years since the creation of the CIA, but virtually all of them have been due to analytical failures, either politicization of intelligence from above (e.g., missing the decline of the Soviet Union; Iraqi weapons of mass destruction) or simply poor analytic tradecraft (e.g., October War of 1973; 9/11 attacks; Soviet invasions of Hungary in 1956 and Czechoslovakia in 1968). These failures were not due to inadequate collection. In fact, the collection of intelligence was sufficient to prevent every one of these failures, including 9/11.

If I had been more idealistic then, perhaps I would have paid more attention to the CIA’s role in the conduct of covert action, particularly the illegal and immoral activities prior to my entry into the CIA, including the overthrow of the Mossadegh government in Iran, the attempt to assassinate Lumumba in the Congo, and the efforts to overthrow Castro in the late 1950s and early 1960s. I have become a strong critic of covert action as part of my campaign of dissidence, but I cannot assert that greater awareness of CIA’s operations — all taken up in response to White House sponsorship — would have led me to take a different career path.

What led to your disillusionment?

My disillusionment with the CIA began in 1981 with the appointment of William Casey as CIA director. Casey was a neoconservative ideologue who distorted both the analytical and operational missions of the agency. His appointment of Robert Gates as deputy director for intelligence and then deputy director of the CIA provided Casey with an ideological filter to control the analytical production in a corrosive and corrupt fashion. Casey and Gates were personally responsible for such “fake news” as the linkage of the Soviet Union to the attempt to assassinate the pope in 1981, the role of the Soviet Union in international terrorism, and the growing military and economic strength of the Soviet Union.

From 1981 to 1986, I fought against the politicized intelligence of Casey and Gates, but finally gave in and became a professor of international security at the National War College. In 1991, I testified against the confirmation of Gates as CIA director, and — for the first time — provided Congress and the American public with rhyme and verse regarding the corruption of both Casey and Gates.

What was the original intent of Harry Truman in creating the CIA? What other areas has it evolved into (e.g., clandestine activities) that belie the term “intelligence agency”?

Before he died, Truman said that “if I knew then what I know now, I wouldn’t have created the CIA.”

President Harry Truman wanted an intelligence agency to collect intelligence and conduct intelligence analysis for the White House and the national security bureaucracy. He didn’t want a “cloak and dagger” agency, and was highly critical of the efforts of Presidents Dwight Eisenhower and John Kennedy to incorporate covert action in Iran, the Congo and Cuba to conduct regime change and political assassination. Before he died, Truman said that “if I knew then what I know now, I wouldn’t have created the CIA.”

The evolution of covert action led directly to the torture and abuse and the establishment of secret prisons that became part of the Bush administration’s “war on terror.”

Virtually every president since Truman has endorsed a covert action that has not advanced the strategic interests of the United States. The evolution of covert action led directly to the torture and abuse and the establishment of secret prisons that became part of the Bush administration’s “war on terror.” Under President Barack Obama and CIA Director John Brennan, the CIA has become even more of a paramilitary organization.

Why do you think whistleblowers, such as yourself, are vital in a democracy?

James Madison said that a “popular government, without popular information, or the means of acquiring it, is but a prologue to a farce or a tragedy; or, perhaps both.” There is no possibility of having serious investigative journalism without whistleblowers. Just as Mark Felt was vital to the story of Watergate and Daniel Ellsberg was vital to understanding the Vietnam War, only whistleblowers have been able to reveal the illegal and unconstitutional massive surveillance of the National Security Agency, and the war crimes and torture and abuse committed in Iraq. Nevertheless, the mainstream media include too many apologists for the CIA, such as David Ignatius of The Washington Post, and too many editorial critics of whistleblowers, such as Michael Gerson and Ruth Marcus, also of The Washington Post.

Whistleblowers are particularly vital at the current juncture in American politics because of the authoritarian nature of the Trump administration and the failing guardrails of the American democracy.

Whistleblowers are particularly vital at the current juncture in American politics because of the authoritarian nature of the Trump administration and the failing guardrails of the American democracy. The failing guardrails include the external oversight process, which finds the Senate and House intelligence committees failing to conduct their congressional duties in a rigorous bipartisan fashion, and the internal oversight process, which was weakened by the efforts of Presidents George W. Bush and Barack Obama to weaken the role of the Inspector Generals within the national security bureaucracy. I provided an introduction to the process of politicization, but the mainstream media was derelict, for the most part, in failing to follow the numerous leads that were provided in my 1991 congressional testimony.

What did we learn about the CIA providing misinformation in the lead-up to the Iraq War?

The problem was not “misinformation” but “disinformation,” meaning the intentional effort to provide wrong intelligence to support the policy of the Bush administration regarding war against Iraq. The disinformation was led from the top down, starting with the role of CIA director George (“slam dunk”) Tenet to provide the justification for the invasion to take to the American public, and the role of deputy director of the CIA John McLaughlin in giving the so-called “slam dunk” briefing at the White House. McLaughlin also played a major role in providing disinformation to Secretary of State Colin Powell that became the basis of Powell’s specious speech to the United Nations only several weeks before the start of the war.

Other major players in the disinformation campaign were National Intelligence Officer Robert Walpole, who crafted the specious National Intelligence Estimate on weapons of mass destruction in Iraq, and another senior officer, Paul Pillar, who took the estimate and created a “white paper” for Congress on the eve of the vote to authorize the use of force. The white paper was a violation of the CIA’s charter against providing intelligence for domestic political use. All of these individuals cited above bowed to pressure from Vice President Dick Cheney to falsify the intelligence.

If you could “clean the stables” at the CIA, what would you do?

It would not be easy to “clean the stables” at the CIA, but it could be done if a president had the courage to do so. Unfortunately, too many of our presidents have been intimidated by the military and intelligence communities, and have been unwilling to appoint reformers to either the Pentagon or the CIA. The first step in any reform process for CIA would be a serious director with a reputation for integrity, as well as an understanding of the support role that intelligence plays in the policy process [and] the understanding of the counter-productive aspect of virtually all covert action.

For the past several decades, we have had such CIA directors as Bill Casey, Jim Woolsey, Bob Gates, Porter Goss, George Tenet, Leon Panetta, John Brennan and the current director, Mike Pompeo, who have either worked to politicize intelligence or to cater to the operational mentality of the CIA. Pompeo’s appointment of a deputy, Gina Haspel, who was heavily involved in the torture program, was a cynical step that pointed to continued corruption at the CIA.