African-American school teacher DeAndre Harris, victim of a beating by neo-Nazis in Charlottesville, Virginia, in August, has been charged with assaulting the white supremacists who beat him with boards, iron rods, and brass knuckles.

That is correct. Harris, who was shown being beaten close to death in photos released by Truthout and carried worldwide, has now been charged with the same crime as his attackers: “unlawful wounding.”

Several of Harris’ attackers remain on the run — and local and federal officials show little interest in going after them. Yet, the Charlottesville Police Department issued a warrant to arrest Harris on October 9.

Harris is accused of taking a swing at a neo-Nazi who tried to stab a friend of Harris with the staff of a flag pole holding a Confederate flag. On the advice of his lawyer, Harris was unable to be reached for comment. 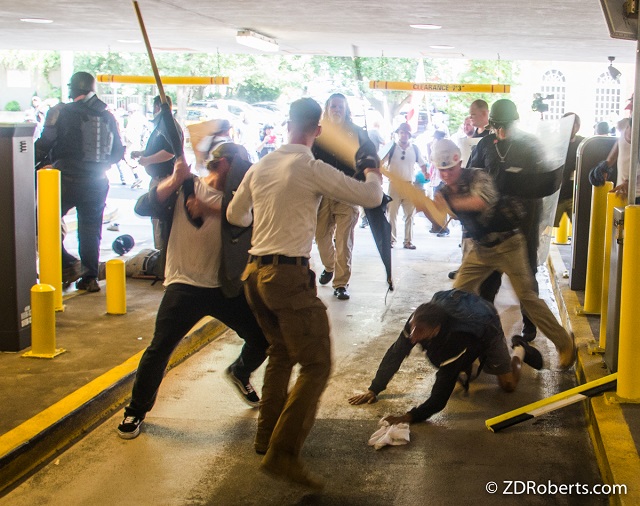 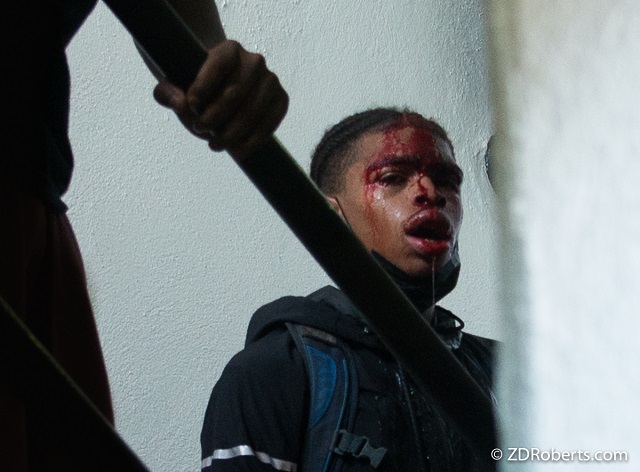 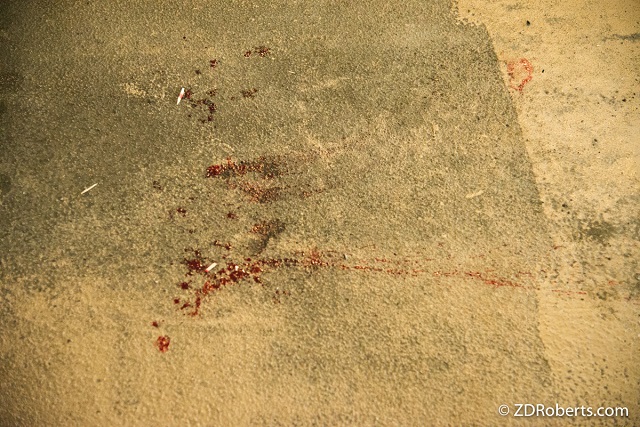 Zach Roberts, for Truthout, spoke with Lee Merritt, Harris’s attorney and a legal specialist on police brutality and corruption. Merritt stated, “This is probably the most extreme case I’ve seen. Not only is [the victim] charged with a crime but he’s charged at the same level as the men who broke his bones, who caused serious bodily injuries, caused him to get 18 staples in his head … the men who beat him within an inch of his life. [Harris] is getting the same charge as [those] involved in a violent supremacist group who were involved in attacks, not only of DeAndre, but attacks of other people all weekend.”

It should be noted that our photographer Roberts was also attacked with what appears to be a wooden flagstaff by a man identified as Dan Borden of Cincinnati, one of those charged in the attack on Harris.

White supremacist Borden, hours before attacking Harris, threw the metal-tipped wood at photographer Roberts’ head. Roberts photographed the weapon as it whizzed by his head.

A magistrate judge, without talking to witness Roberts, issued a warrant, apparently on the complaint of lawyers for the white nationalists.

Charlottesville police have charged two of Harris’s attackers, but only after a national campaign demanded they do so. One charged, Dan Borden, is shown beating Harris with a four-foot piece of lumber.

The other, Michael Ramos, who claims he acted in self-defense, is shown striking Harris with brass knuckles while Harris is crawling helpless on the ground.

So far, federal authorities have taken no action to identify the man holding what appears to be a 9mm Glock semi-automatic handgun threatening Harris, despite high-resolution photos supplied by Roberts to the FBI.

Crossing state lines with intent to cause harm is a federal offense. Nevertheless, direct pleas to FBI agents by this reporter have failed to get Justice Department action to charge Harris attackers and Roberts’ assailant with these crimes.

Days after the attack, one FBI agent assigned to the investigation told Truthout he was “appalled” by the lack of immediate response to Roberts’ offer of photos to identify Harris’ attackers, but insisted the Department would act. As of today, two months on, there is no sign Sessions’ Department has moved to identify nor apprehend Harris’s attackers.

Exposing the wrongdoing of those in power has never been more important. Support Truthout’s independent, investigative journalism by making a donation today!
Share
Copyright, Truthout. May not be reprinted without permission.
Zach Roberts