In our first episode of The Disaster Capitalism Curriculum: The High Price of Education Reform, we exposed readers to the corporate philosophies and practices that compose “education reform,” or G.E.R.M – The Global Education Reform Movement.[1] The current movement to reform our schools forwards a neoconservative economic agenda, one that strives to dramatically reduce the government’s role in schooling and ultimately turn schools over to private enterprise. At the same time, these marketplace policies are carefully cloaked in the progressive rhetoric of social justice, with privatization of public education presented as the only path toward equality and civil rights for children in impoverished neighborhoods. As education advocate and parent Karran Harper Royal asked: “Who’s going to argue against policies that supposedly help the minority kids?”

Indeed, most mainstream reporting has not gone beyond the social justice surface of G.E.R.M., especially in Royal’s hometown of New Orleans after Hurricane Katrina.[2] In our second installment, we hope to go beyond the hype of post-Katrina New Orleans. This report distills three extensive original interviews, including one with Royal, who has been actively involved in improving New Orleans schools since well before Hurricane Katrina hit. We also spoke with Professor Lance Hill, executive director of Tulane’s Southern Institute for Education and Research, who has been active in improving New Orleans public education for decades and sent his children to its schools. And finally, we talked with Professor Terry Moe, a nationally recognized expert on school vouchers, who hails from Stanford’s Hoover Institute, a right wing free-market think tank at which Milton Friedman – the inventor of vouchers and the father of G.E.R.M. – was a prominent fellow. Through these voices, we hope to take readers deep into the murky waters of the debate over the “New Orleans Experiment.”

For a more immersive experience, click on our interactive version of the first two episodes, in which readers will find numerous links to additional reading embedded within in the images. 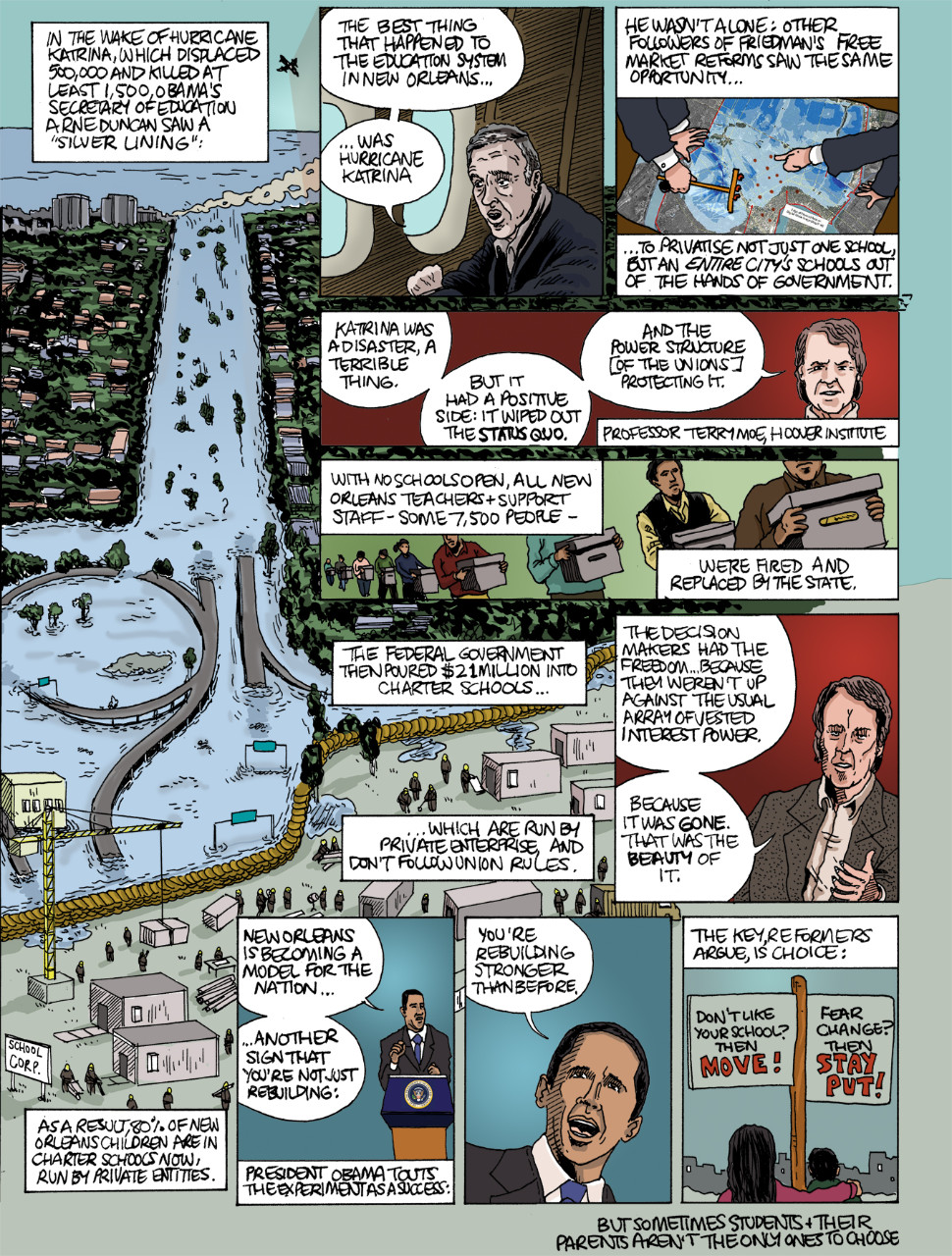 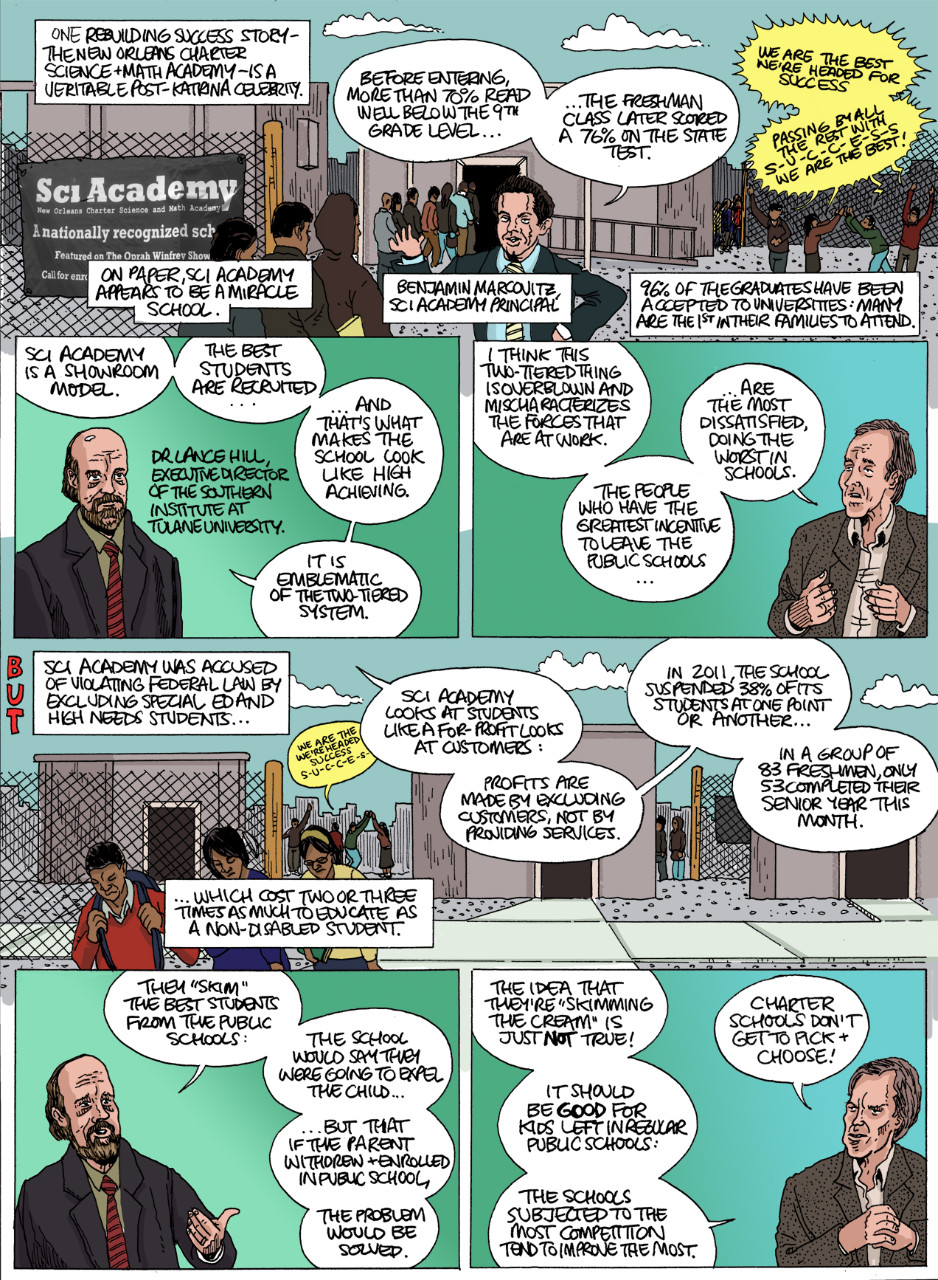 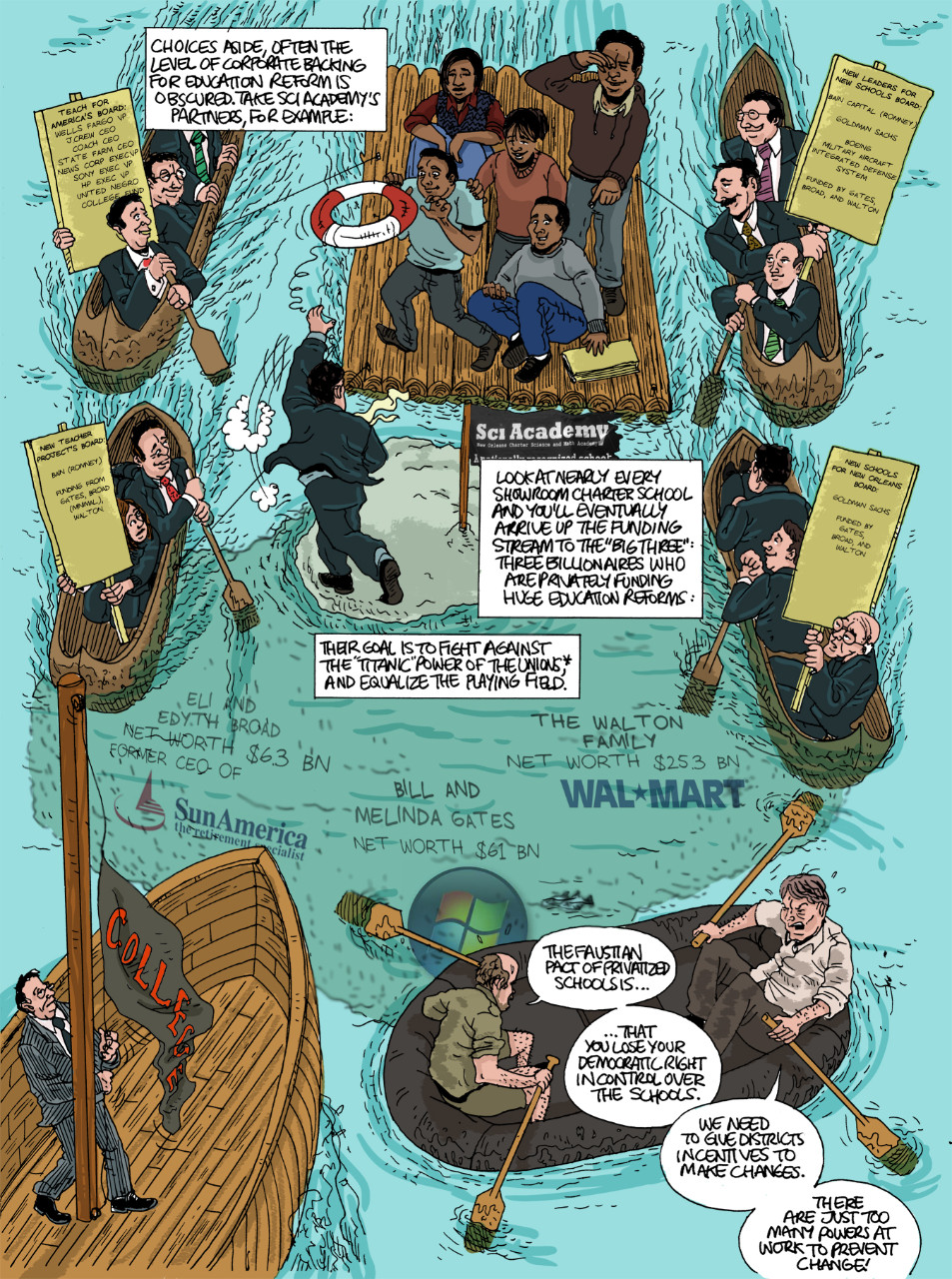 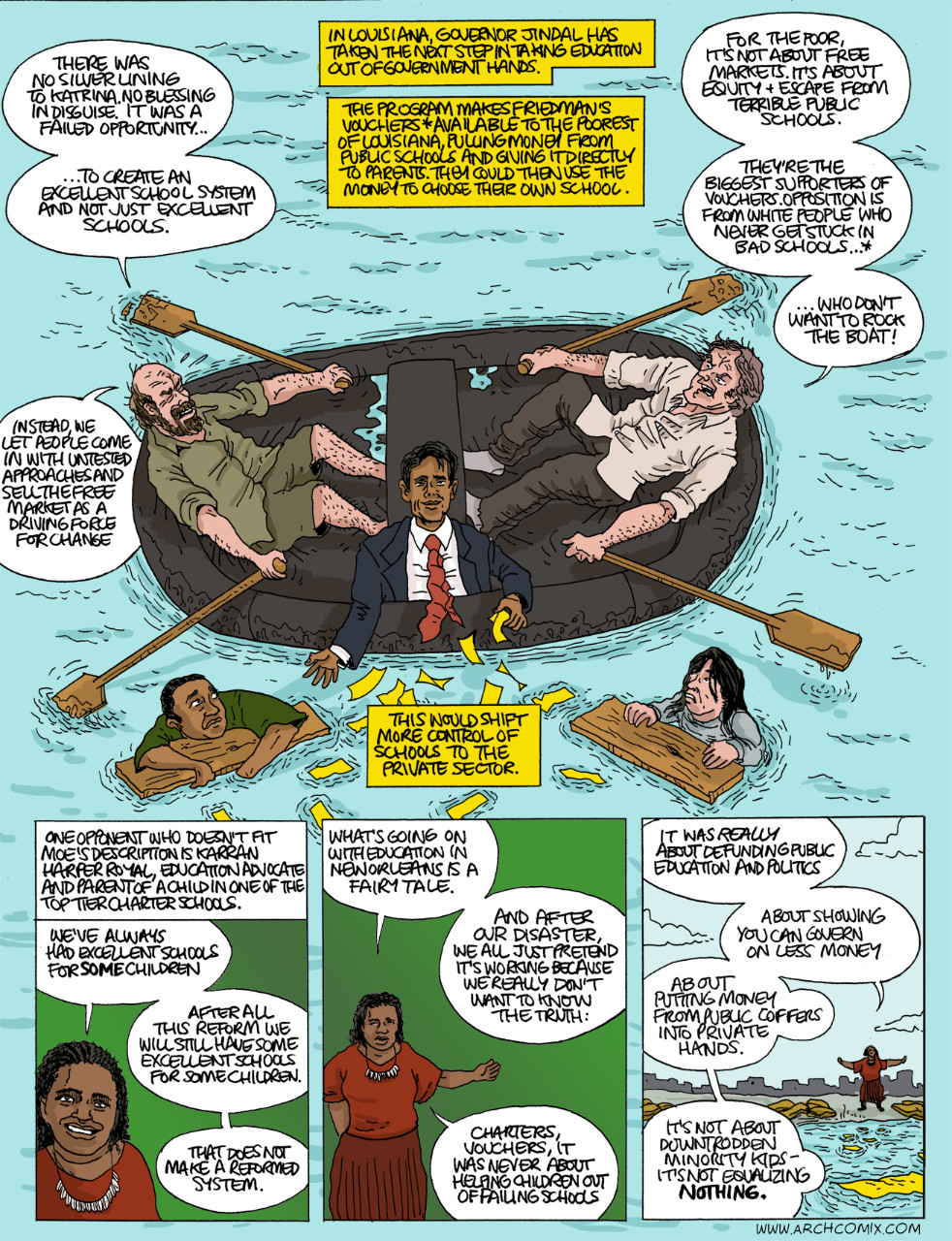 More by this author…
Adam Bessie